Hi there!  Welcome to I Hate Cheryl Strayed.  You're likely here because you read Wild and after you threw the book across the room in disgust, you hopped on Google to search for other people who hated it in order to validate your own loathing for the book and its author.  If that's the case, welcome.  You're in the right place, friend.  You're not alone.

If this is your first time visiting, I suggest you start at the beginning.  Enjoy.

I created this blog because I had read Wild: From Lost to Found on the Pacific Crest Trail, and it was the only book I'd ever read that had made me furiously angry.  Due to the complete lack of critical reviews, I decided to write my own 39-part review to call out all of the inconsistencies, exaggerations, "literary embellishments," flat out lies, plagiarism, and shitty writing.  This book is a steaming pile of crap, and Cheryl Strayed is the Stolen Valor poster child of the hiking community.  Her "memoir" is an affront to every person who has ever completed a true thru-hike, and she likely inspired this ding dong to fake her own hike this year.

If you're thinking I'm just some jackass internet troll sitting on my couch, eating chips, throwing in my uninformed two cents about hiking, and tearing Cheryl Strayed apart for no particular reason other than for my own sick amusement, know this: I've been a distance hiker for years, and this year, I walked across America.  I spent 192 days walking 3,200 miles from Rhode Island to Oregon.  I did this alone, while hauling just over 100 pounds of gear and supplies in a pack and a cart-- 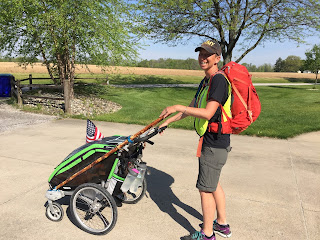 -- so, while I may, indeed, be a jackass, I also know a little something about thru-hiking, and I certainly know enough about it to strongly suspect that Cheryl's hike was total fiction.  If-- and I'm talking to you, Cheryl fans-- you still feel the need to leave comments on this blog about how you think I'm just totes jealous of The Strayed or how I need to get a life, you go ahead an embarrass yourself.  Have a blast. I'll go back to my sad, pitiful existence of sitting around and wishing that I could be as amazing as Cheryl.  I mean, walking across America doesn't even compare to the awesomeness of pretending to have section-hiked part of the PCT, so... right.  Boy, I sure wish that I, too, could do something incredible.

For the rest of you, enjoy some photos!  Unlike Cheryl "I Only Took Four Pictures the Whole Time I Supposedly Walked 1,100 Miles" Strayed, I took over 2,000 pictures during the six months I was on the road.  Here are some of the milestone photos: 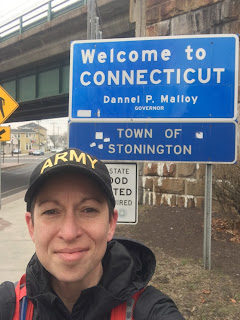 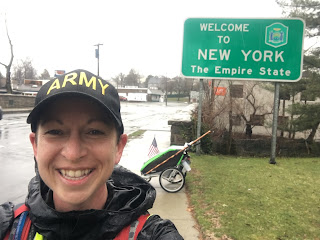 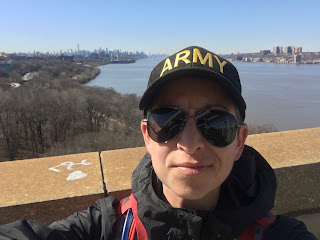 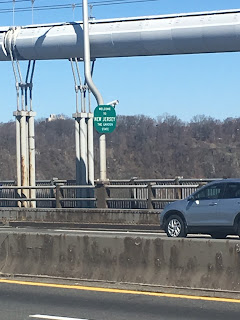 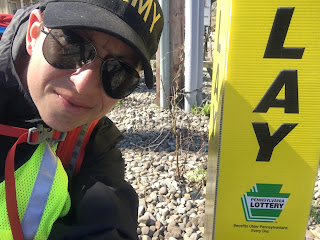 Pennsylvania didn't have a welcome sign, so I had to settle for this Pennsylvania Lottery sign.
April 8, 2017 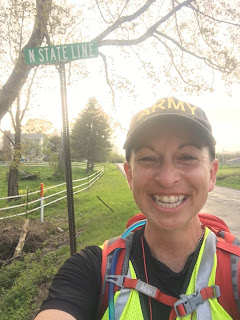 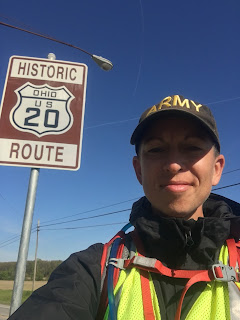 This will have to suffice. 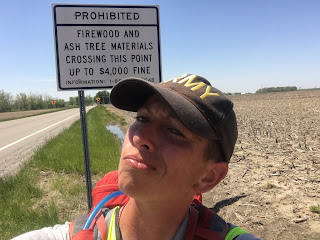 Indiana had a strange way of welcoming me... 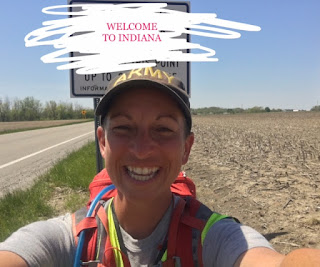 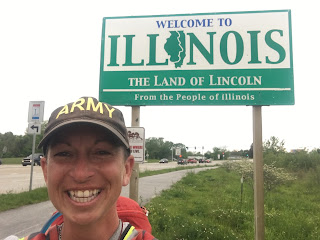 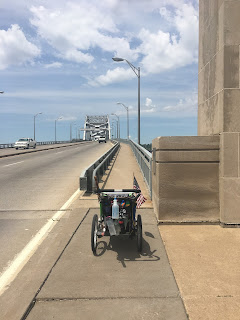 About to cross the Mississippi... 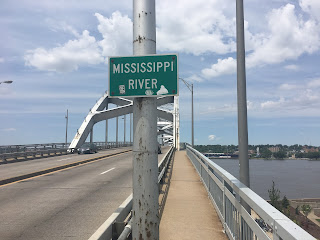 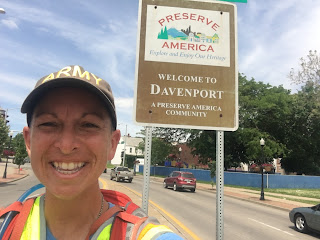 Entering Iowa, but only Davenport welcomed me.
June 4, 2017 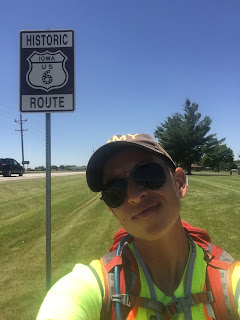 So we'll do this instead. 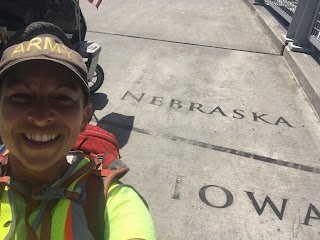 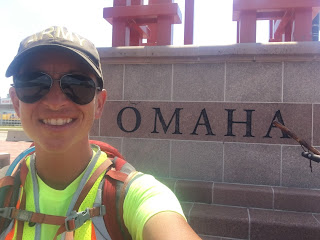 Taking a breather in Omaha. 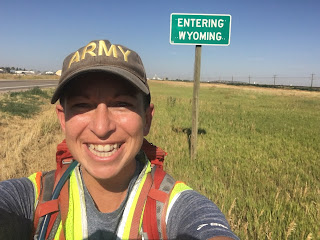 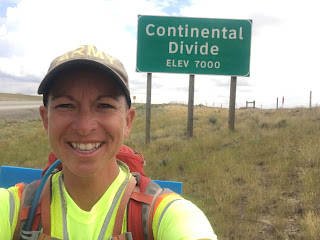 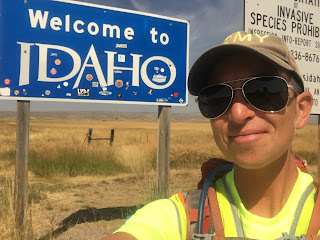 Photo taken roughly one minute before the eclipse.
August 21, 2017 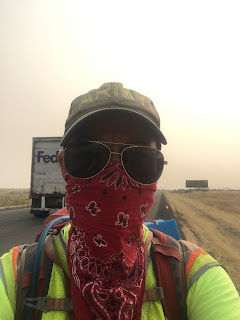 Attempting to protect my lungs from the smoke when every state was on fire around me.
September 6, 2017 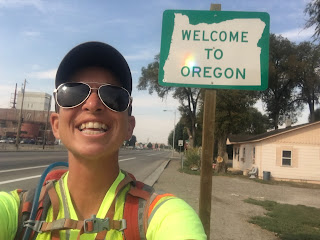 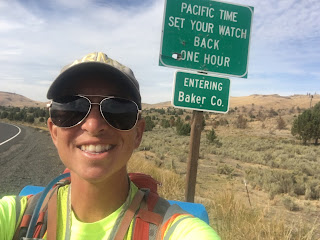 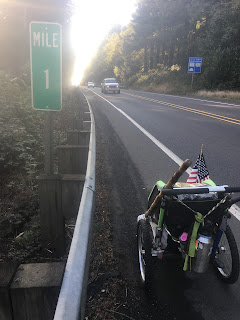 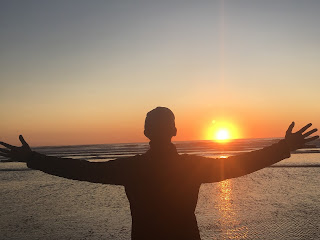 Do I plan on writing a book about my journey?  You bet!  If you enjoyed Wild, you won't enjoy my book.  It will not be a long, weepy account of all my personal bullshit and hang-ups that have nothing to do with the hike, or how everyone I met thought I was the toughest, most beautiful, amazing person they had ever met.  I won't be talking about myself incessantly, because the story won't be-- nor should it be-- about me.  I intend to write about the places I went, the things I saw, the people I met, and of the experience of spending six months alone on the road.  I know, SO BORING, I DIDN'T EVEN SLEEP WITH ANYONE OR KILL ANY HORSES.

Posted by Califohioan at 1:01 PM