Tiny Beautfiul Things, Letter # Who Gives a Shit, This Book is So Awful 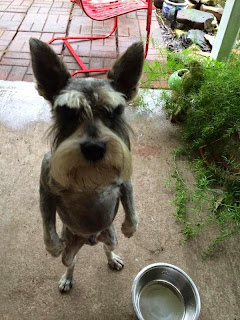 
I can't deal with this book.

Wild was a different story.  I was personally invested in destroying Wild because, as a hiker, all of her obvious lies offended me and insulted every single person who has actually hiked the length of the PCT.  On behalf of real hikers everywhere, I was gonna call her out on all of her bullshit even if it killed me (and it came close to that several times).  This book?  Who fucking cares.  I don't give a shit about any of it.  I hate "the people" asking questions (aka Cheryl Strayed) and I still hate Cheryl Strayed and all of her asinine, self-absorbed responses, but I don't enjoy reviewing this book.  This book makes me stabby in a different way-- not a good way.

This book can suck it.  I'm not going to address every single letter because some of them are too stupid to deal with.  I can't tell you how many times I've literally thrown this stupid book across the room in a fit of disgust.  I need to stop doing that before I break something or injure the dog.

That said, let's get on with it.


"Hell is Other People's Boyfriends"

This letter is entitled "Hell is Other People's Boyfriends" because Cheryl came up with that all by herself and we all know what happens when Cheryl comes up with something she deems clever: she beats the living shit out of it.  You'll see.  Let's get to the totally real letter from a totally real person who is definitely not Cheryl Strayed.

I'm a freshman in high school, and everyone knows how high school is-- drama, drama, drama.  Except for you, pretend person, because you're new to high school.  I already know that this was not written by a child.  And my best friend (let's say her name is Jill) is at the center of it.

See, Jill's dating this guy (let's call him Jack) who has a girlfriend who goes to another school.  As Jill's best friend, I already don't like Jack.  He doesn't want to break up with the girlfriend for Jill (he and his girlfriend have been together over a year), but, in my opinion, this situation is unacceptable.  Jack seems like a nice guy, but there's that underlying scumbag quality that I can't get past.  There's no way a high school freshman composed that sentence.  I'm pretty sure "scumbag" isn't part of the teenage vernacular these days, and no high school freshman would use the term "underlying."  It's obvious that Jack really likes Jill, but he just won't drop the girlfriend-- or Jill.

I don't know which way I want it to go.  On the one hand, I want Jill to be happy, so I want Jack to break up with the girlfriend.  On the other hand, I want to punch Jack in the face and I think he would do the exact same thing to Jill that he's doing to his girlfriend.  I've been thinking about having a "talk" with Jack, but I'm not sure if that would help the situation.  Sugar: How do I make at least one of them see the light and realize that what they're doing is wrong?

When I was a freshman in high school, I was thirteen years old.  Given, I was the youngest in my class, so let's go ahead and assume that "Worried Friend" is fourteen years old.  Did that letter seem like it was written by a fourteen-year-old?  Yeah, I didn't think so, either.  Also, what fucking fourteen-year-old has heard of The Rumpus or Dear Sugar?  Is that what teens are looking at on the internet these days?  What a load of crap.  This letter was clearly Cheryl Strayed's lame attempt at trying to write like a young teenager, and she failed miserably.  So.  Fucking.  Stupid.

Let's get right to Cheryl's super awesome response to Worried Friend herself:

Drama, drama, drama indeed!  Oh, but this one's easy, sweet pea.  And hard.  Go fuck yourself.  But best to learn it now, since, as a freshman in high school, you're only at the very beginning of these sorts of hijinks.  Hijinks?  Really?  Jean-Paul Sartre famously said that "hell is other people," which is true enough, but truer still is hell is other people's boyfriends (or girlfriends, as the case may be).  Cheryl, I know you think you're being clever, but you're really just talking out of your ass at this point.  Hell is not other people's anything.  Hell is a personal thing, and while I understand that you want to sound super smart for referencing Sartre, you failed.  You sound like an asshole.  OH MY GOD, I'M IN SUCH HELL BECAUSE OF SOMETHING THAT HAS NOTHING TO DO WITH ME.  OH GOD, PLEASE HELP, I'M BURNING.  Cheryl, go fuck yourself.

I've been witness to those I care about cheating and being cheated on, lying and being lied to, emotionally abusing and being emotionally abused by their lovers.  I've consoled and counseled.  I've listened to long and tedious tales of spectacularly disastrous romantic woe that I predicted from the start because that same friend chose the same wrong person yet a-fucking-gain.  But the sad news is that this is the way or the world, darling, and there isn't a ding dang damn thing you can do about it.

Please know that I very much want to insert the exploding-head guy GIF right now and I am just barely controlling myself.  There isn't a ding dang damn thing?  Also, "yet a-fucking-gain?" This is the kind of language you choose to use when addressing in child?  Really?  Motherrrrrrrrrfuckerrrrrrrr........

Have you read Shakespeare's Romeo and Juliet yet?  They do all kinds of crazy, stupid, sweet, tender, amazing, self-destructive things.  You aren't going to make anyone "see the light and realize that what they're doing is wrong."  You just aren't.

And you shouldn't even try.  What's happening between Jack and Jill is between Jack and Jill.  Jill knows that Jack is involved with someone else.  She chooses to be in a romantic relationship with him anyway.  Jack chooses to deceive a young woman he presumably cares for and string along another.  These are not pretty things, but they are true things.  Kind of like how you were fucking anything with a pulse while you were married, right, Strayed?

Don't get me wrong: I sympathize.  I know I sound calm and collected, but the truth is I rather regularly come at least internally unglued over some buffoon or scoundrel that one or the other of my intimates has deemed to "love" (see: hell is other people's boyfriends).  Third time.  Told you.  It's dreadful to watch a friend make choices that you fear will cause her pain.  But this is where boundaries come in, my dear Worried Friend.

Do you know what boundaries are?

TOTALLY JUSTIFIED AT THIS POINT.
ARE YOU FUCKING KIDDING ME, STRAYED?
As referenced in the introduction, Cheryl responded to a very vague question ("WTF, WTF, WTF?  I'm asking this question as it applies to everything every day") with a load of virtual word-vomit about how she supposedly had to give her grandfather handjobs, which was unnecessary and uncalled for, to which I responded, "BOUNDARIES, Cheryl.  It's a thing."
YOU DON'T UNDERSTAND BOUNDARIES, CHERYL.  GO FUCK YOURSELF.
It just gets worse.
The best, sanest people on the planet do [understand what boundaries are], and since I have no doubt that you will become one of those sorts of people, you might as well learn about them sooner rather than later.  This little pickle with Jack and Jill and the young woman at the other school has given you just that opportunity.  It's clear to me that the emotions that have arisen in your concern for Jill and your subsequent dislike of Jack have blurred your ability to understand appropriate boundaries.  Your impulse to swoop in and set these lovebirds straight tells me that you're overestimating your power and influence, and you're also disrespecting Jill's right to romantic self-determination-- which she absolutely has, no matter how maddening her decisions may be to you.﻿

OH, I'M SORRY, DID YOU JUST INCLUDE YOURSELF IN THE CATERGORY OF "BEST, SANEST PEOPLE ON THE PLANET?"  ARE YOU FUCKING KIDDING ME?

This isn't to say you should remain silent.  Another thing that the best, sanest people on the planet do is they have the guts to tell the truth.

WTF DO YOU KNOW ABOUT TELLING THE TRUTH
You should tell Jill what you told me-- that you want her to be happy, but because Jack is a two-timing tomcat you fear he will someday treat her the way he is treating his other, "real" girlfriend.
SHUT UP, WHORE.
Listen to what she says with an open heart and a critical mind.  Love her even if she doesn't do what you hope she does one you point out the fact that her paramour is a scumbag.  Wish her the best without getting yourself emotionally tangled up in a situation that has nothing to do with you.  (Remember those boundaries?  Her life is not yours.  Yours is not hers.  Et cetera.)
And then, Worried Friend, just let whatever happens between Jack and Jill happen.  Laugh if they end up proving you wrong.  Be there for Jill if you got it right.  And in the meanwhile, cultivate an understanding of a bunch of the other things that the best, sanest people on the planet know: that life is very long, that people both change and remain the same, that every last one of us will need to fuck up and be forgiven, that we're all just walking and walking and walking and trying to find our way, that all roads lead eventually to the mountaintop.
Yours,
Sugar﻿

Fuck this book.  Fuck Cheryl Strayed (not literally-- please, not literally-- think of your genitals).  I just can't even, anymore.  Despite what Better-Than-Jesus-Cheryl has to say, life *is not long*.  Life is SHORT.  Life is short enough that I can't waste one more minute of mine writing about this stupid bullshit.
Fuck you, Cheryl Strayed.﻿
Posted by Califohioan at 4:00 PM