GODDAMNIT, THIS BOOK IS SO AWFUL.  I took a week off from the blog in order to read decent books and attempt to reclaim some of my sanity.  This probably wasn't the smartest idea because now I hate this stupid shit more than ever.

Letter #9
This is the first time so far when I hate the person asking for advice more than I hate Cheryl Strayed (YOU'RE A CLOSE SECOND, ELISSA BASSIST), but then again, there is no chance in hell that this is a real letter.  Cheryl likely wrote this garbage herself, which explains why I hate this "man" so much.  Let's get this over with.  Enjoy this very manly letter from a man.  It's totally real.
Dear Sugar,
Three of my best college buddies and I go away for an annual guy's weekend at a cabin in the woods.  We're all in our mid-thirties and we've been doing these get-togethers for close to a decade.  It's our way of staying in touch, since we've all got busy lives and some of us reside in different cities.  Though at times I'll go months without talking to them, I consider these guys my closest friends.  We've seen each other through several relationships, two weddings, one divorce, one of us coming out as gay, one of us realizing he's an alcoholic and getting sober, one of us becoming a father, dysfunctional family issues, the death of another one of our close college friends, professional successes and failures, and-- you get the picture.
On our most recent get-together a couple of months ago, I overheard my friends discussing me.  Before this incident occurred, the four of us had been on the subject of my love life.  My longtime girlfriend and I broke up last year for reasons I won't go into here, but I did go into with my friends back when she and I decided to end things.  Not long before my weekend with the guys, she and I got back together and I told them my ex and I were making a go of it again.  They didn't say much in response, but I wouldn't have expected them to.
Later that day I stepped out for a walk, but soon realized I'd forgotten my hat, so I returned to the cabin to get it.  The moment I opened the door I could hear my friends in the kitchen discussing me.  I wasn't trying to eavesdrop, but I couldn't keep myself from listening, since they were talking about my girlfriend and me.  I wouldn't say they were trashing me, but they did make critical remarks about the way I "justify" my relationship and other things about my personality that were unflattering.  About five minutes into this, I opened the door and shut it hard so they would know I was there and they stopped talking.
I tried to pretend I hadn't heard what they'd said, but soon I told them what had happened.  They were extremely embarrassed.  Each of them apologized, assured me they meant nothing by what they said, and claimed they were only concerned that I'd gotten back together with my girlfriend, who they don't think is good for me.  I played it off like it was cool and acted like I wanted to let bygones be bygones, but it's been two months and I'm still bothered by what happened.  I feel betrayed.  It's none of their business who I choose to date for one thing, and for another I'm pissed they were running me down like that.
I recognize that I'm possibly taking this too hard.  I'll admit that I have talked about each of them with the others over the years.  I've made statements I wouldn't want the person in question to hear, even secondhand.  The rational part of me understands that these sorts of discussions among friends are to be expected.  It sounds weak to admit this, but I'm hurt.  Part of me wants to tell them to go fuck themselves when it comes to the weekend at the cabin next year.
What do you think?  Should I forgive and forget or find a new batch of buddies?
Odd Man Out

OMFG.  Seriously?  We're supposed to believe an actual man wrote this?
Gentlemen readers, please enlighten us.  Is this the sort of stupid bullshit that goes on when you fellows have your Man Holidays?  Do you gossip about each other as soon as someone leaves the room and eventually at least one of you ends up crying?  Does this happen before or after you braid one another's hair and watch all of the Twilight movies?  Women are dying to know.
Sweet baby Jesus.  Fuck this nonsense right in the face.  Fine, though, whatever.  Here's my advice to Odd Man Out:
Ma'am,
Get the fuck over it.
Hugs and kisses,
Cali
That's really all that needs to be said.  Bad Cheryl, however, has to spend six goddamned pages on this idiocy, even though she and I are pretty much in agreement about the fact that OMO needs to grow a pair.
She starts with,

"What a disaster.  How dreadful it must have been to hear your friends saying negative things about you.  How mortified they must have felt when they learned you'd been listening.  You have every reason to be upset and hurt."


No.  No, you don't.  You stood there in the doorway and secretly listened to your friends talking about your dumb ass and your bitch girlfriend and for that, you deserved to hear every fucking word.  "I wasn't trying to eavesdrop" is a load of bullshit.  If you weren't trying to eavesdrop, you would have quickly retrieved your dumb fucking hat and gone on your supposed walk or, if you were a mature human being capable of dealing with reality, you would have walked into the room and said something like, "I just heard what you guys were saying and, as good friends, I feel like we should be able to talk openly about this because your opinions mean a lot to me."  Instead, you stood there listening and got all butthurt about what they were saying. 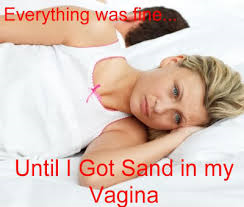 Insert yourself into your own vagina and sqeeze, douchebag.


Bad Cheryl follows up her pretend condolences with this shit:

She spends an entire page talking about ways to talk about friends behind their backs, after which she then spends two pages talking about how much Odd Man Out's friends totes love him and--

Wait, what was that first part?
WTF.  If I love you, I will not talk behind your back.  As uncomfortable and painful as it may be, I will tell you to your face what's on my mind.  If I think you're making bad decisions, I will tell you.  THAT'S WHAT FRIENDS DO.  Bad Cheryl, on the other hand, thinks it's totally fine to talk shit about her friends behind their backs.
Dear "friends" of Cheryl Strayed,
I'm so sorry.  Please find a better friend.
﻿
Cali


BC then spends two pages discussing a friend's personal problems and how she totally gave her friend the totes best advice ever and because her friend didn't listen, everything went down the toilet.

"It took another several months...before she believed I was right."

SHE'S ALWAYS RIGHT.
Blah, blah, blah, this shit goes on forever, and she ends the whole thing with,

"That's what you have in these men, Odd Man Out.  True friends.  Real blessings.  Forgive them.  Feel lucky you have them.  Move along."

I hate this book so much.