I still haven't quite figured out how I want to go about all of this.  I may have to test out a few different approaches until I find the appropriate one.  This time around, I'm going to start by paraphrasing the reader's question, follow with my own (admittedly) inept advice and then compare my advice with what Bad Cheryl had to say.  While paraphrasing is going to be super fun for me, I'm going to put actual quotes from the letters in bold type so you can see what kind of stupid bullshit I'm dealing with.  Please know that my paraphrasing-- while understandably snarky-- will be pretty accurate.

Let me know how this approach works.  I'll modify as necessary as time goes on.

I was married for twenty years before my wife decided she wasn't willing to spend the rest of her life with a big fucktard like me.  I will take no responsibility for the divorce and say things like, "Whose fault?  Mine?  My wife's?  Society's?  I don't know."

I've been in three relationships since the divorce.  The first one was just for my dick's entertainment.  The second was super cool, too, because I got laid all the time, but then she was all I-love-you and I was all I'm-fucking-out-of-here, but then I stuck around anyway because I like to stick my dick in things.  After an entire year of getting to stick my dick in her, I finally said "I love you" to this lady, and then I pretty much bailed because love is icky and makes me uncomfortable and stuff.

Now I'm in another relationship and we've been boning for like four months now and even though she's in the middle of a divorce, we're totes serious and stuff.  Because I'm so awesome, she's totally falling in love with me, but she won't say "love" and that's perfect because I'm afraid of that word.

My question to you is, when is it right to take that big step and say I love you?  And what is this "love" thing all about?


Seriously?  People ask shit like this?  Okay, so, here's how I would respond:

You sound like an asshole.  I'm glad we're not dating.

Love is pretty much the greatest thing ever.  What's it about?  It's when you're lucky enough to find someone who gives you hope and laughter and joy and you find yourself smiling despite whatever else is going on in your life because you're grateful for the existence of another person.  It's super fucking easy to love someone, and it's also super easy to say "I love you."  Say it as soon as you realize it's true, because you never know when you or that person may unexpectedly die.  Say it because it's beautiful.  I can't even tell you how many people I love.  In fact, I'm *in love* with a whole mess of people; they're *my friends*.  They all know that I love them because I've told them so.  Why are you making such a big fucking deal about it?

This is why I don't write an advice column.﻿

Now, let's get to what Cheryl had to say about all of this.

HOLY SHIT, YOU'RE NOT EVEN GOING TO BELIEVE IT-- the first thing she wrote was,


"The last word my mother ever said to me was 'love.'"


I know.  I was shocked, too.  Did you even know that her mom had died???!?  She then spends the next FIVE GODDAMNED PARAGRAPHS ignoring the question and talking about herself and her dead mom because the whole point of her "advice column" was to talk about herself.  In the sixth paragraph, she tries to justify all of her self-centeredness by saying,

Fine.  So his name was Johnny.  Not Giant Toolbag.  You got me.

I wish I knew how to spell out the sounds I'm making.  It's something like, "Kkkkk, kkkkaaahhh, kkkkkkitch," and then the sound of vomiting.
Cheryl then spends an entire paragraph saying stuff that makes me want to destroy things, like, "The best thing you can possibly do with your life is to tackle the motherfucking shit out of love."
Goddamnit.  Obviously, I have no problem with profanity.  I fucking love the shit out of it (see, Johnny?  I *love it*).  But you do not "tackle the motherfucking shit out of love."  YOU'RE SO HARDCORE, CHERYL.
Then these two sentences happen:

"I love the way you wrote to me with your searching, sacred, knuckleheaded, nonchalant, withholding dudelio heart on full display.  I love that you compelled me to write 'dudelio,' even though-- on top of the fact that 'dudelio' isn't a word-- I am morally opposed to the entire dude and dude-related lexicon."


What the goddamn-- you know what, I'm just gonna let you guys destroy this one because you're fucking hysterical and I love you.  AGAIN, SEE HOW EASY THAT WAS TO SAY?

Then Cheryl dazzles us with one of her signature punctuation-be-damned run-on sentences, and this one really wins the prize for what-the-fuckery.  This is all one sentence:

"I love that one recent evening when I was lying in bed with Mr. Sugar and he was reading The New Yorker and I was reading Brain, Child, I had to stop and put my magazine on my chest because I was thinking about you and what you asked me and so then Mr. Sugar put his magazine on his chest and asked what I was thinking about and I told him and we had a conversation about your troubles and then we turned off the lights and he fell asleep and I lay there wide awake with my eyes closed writing my answer to you in my head for so long that I realized I wasn't going to fall asleep, so I got up and walked through the house and got a glass of water and sat at the kitchen table in the dark and looked out the window at the wet street and my cat came and jumped up on the table and sat there beside me and after a while I turned to her and said, 'What will I tell Johnny?' and she purred."


I can't even tell you how many times I broke down laughing while transcribing that "sentence."  I genuinely mean it.  I had to stop three times because I was laughing too hard.  WHAT THE FUCK WAS THAT?  Did she even *have* an editor for this book?

I would fucking punch myself in the face if I actually wrote like this.

Anyway.  Let's get on with the rest of Cheryl's response, even though it's TWO AND A HALF PAGES OF BULLSHIT.  You know, my advice wasn't really all that bad, now that I'm reading it, and I neatly summed it up in one paragraph.  Cheryl can't control her word-vomit.  It keeps spewing out like the aftermath of a tequila blackout.

"You aren't afraid of love.  You're afraid of all the junk you've yoked to love."


And this is when I just sit here, shake my head repeatedly and wish for a handgun. 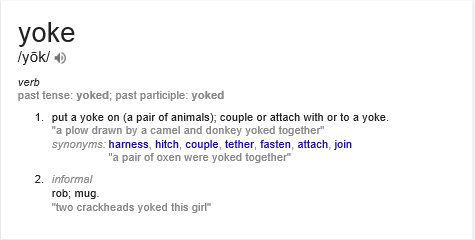 I HATE YOU.
Goddamnit.

Cheryl then goes Full Cheryl by making it all about herself again, except, wait, I'm so confused--

"There's a saying about drug addicts that they stop maturing emotionally at the age they started using, and I've known enough addicts to believe this to be true enough."


WHAT THE FUCKITY FUCK WAS THAT ABOUT.  From what we've been led to believe from her totally true memoir, "Wild," she was totes a hardcore heroin addict and she was super proud of this "fact."  What's all this nonsense?  Shouldn't she know *firsthand* about drug abuse?   I'M SO CONFUSED AND PROFOUNDLY SHATTERED BY THE NOTION THAT SHE MAY HAVE BEEN LYING TO US.

I'm tired.  I really am.  I had a long day.  But as much as I genuinely want to just sum up the rest of her dumb fucking response with, "blah blah blah, stupid bullshit, the end," and go to bed, I can't.  I can't because--


WHY DO YOU KEEP SAYING THE WORD "GROOVY" LIKE IT'S STILL A THING?  Also, "I think you're groovy and beautiful but I'm not that interested with you, now or probably ever, no matter how groovy or beautiful you continue to be," IN NO WAY TRANSLATES INTO "I LOVE YOU."

CAN YOU SERIOUSLY NOT RECALL THE BEGINNING OF THE PARAGRAPH, YOU STUPID TWAT.

I'm not qualified to give advice, and I openly, happily own this fact.  But I can tell you now that Cheryl's version of "I love you" is total crap.  I am convinced that Cheryl has no fucking idea what love really is.

Because I'm just very tired, I will skip a couple paragraphs of bullshit so I can go to bed and say that she ends the whole disaster with, "We're all going to die, Johnny.  Hit the iron bell like it's dinnertime."

I hate her so much.