I was having such a good day.  I mean it, such a good day.  I was up at 3:30, took a long shower, drove to the coast and spent a couple hours walking along the beach in the moonlight (if you've never watched the waves of the Pacific come crashing ashore in the moonlight, your life is missing something).  Then I got to experience a marvelous sunrise-- the sky turned pink and the waves became ice blue-- and it was peaceful and magnificent and I felt nothing but gratitude for the simple fact that I was alive.  I walked a few more hours as the world woke up and finished my walk before noon.

Such a good day.

Then I got home and remembered what I had to do today, and nothing can take a dump on a perfect day more than having to write about goddamned Cheryl Strayed and her stupid fucking movie. 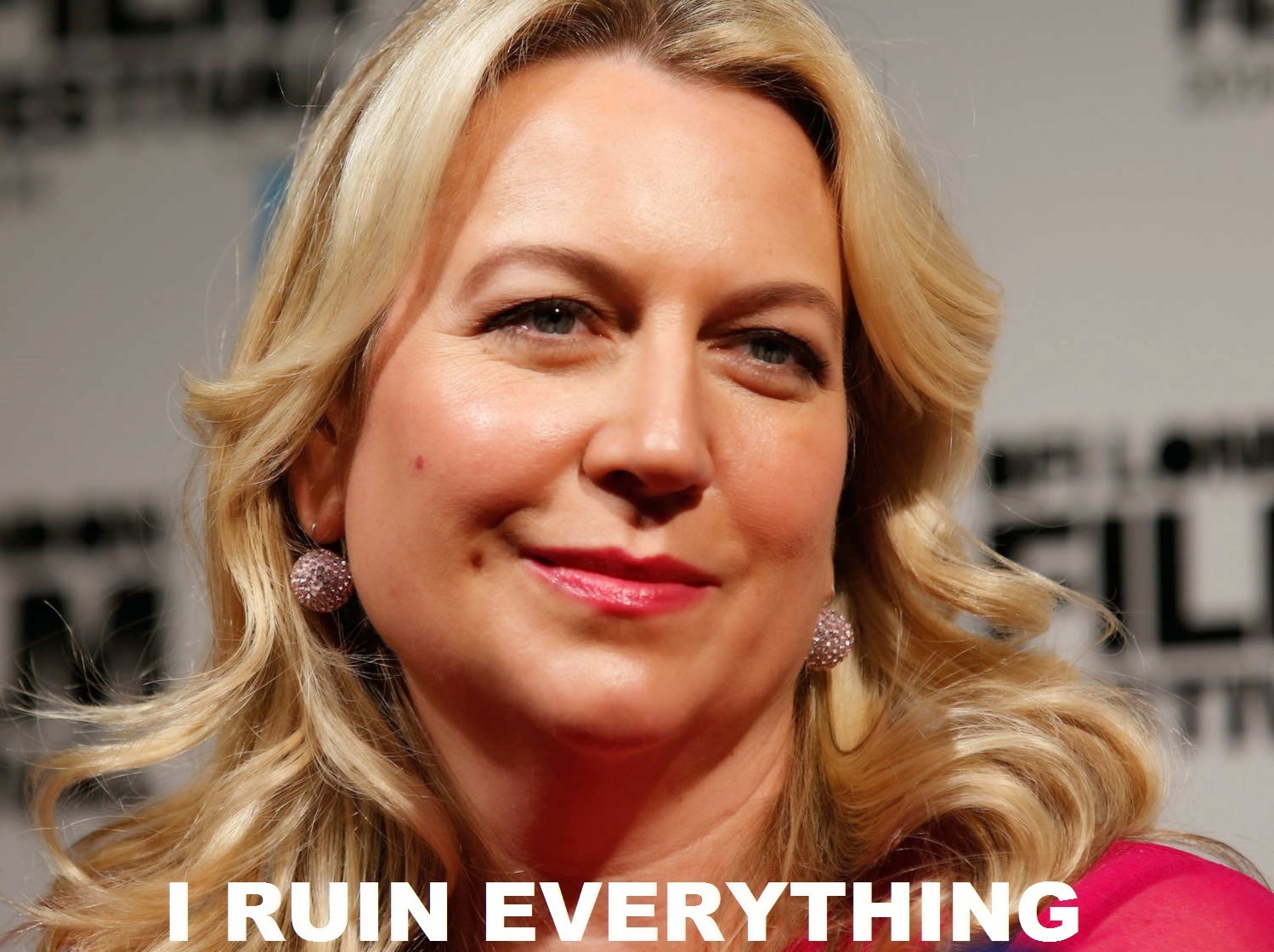 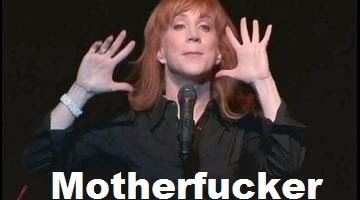 I HATE THIS SO MUCH.
Goddamnit, where were we.  Cheese was throwing a big fit about that poster I like.  Right.  Then, M. Night Shyamalan apparently had a 5-second directorial guest spot because when Cheese walks out into the hallway, her mom is standing smack in the middle of it, all dead and stuff, and what the fuck is this about.
Don't think the flashbacks suddenly stopped in the previous twenty minutes of the film.  THEY CONTINUE.
(I think I forgot to mention that Cheryl Strayed's very own daughter plays Young Cheese in the movie.  She does.  My bad.)
OOOOOOOOOOOHHHHHHHHHH, CHRIST, random flashback to Cheese's childhood and without warning, her dad is threatening to give Young Cheese a knuckle sandwich and I'm so confused.  Back to the trail and Cheese whispers, "knuckle sandwich," and then flashback, Cheese's mom packs up the kids and leaves, trail again, flashback again, trail, flashback in which Cheese's mom returns to the house and Big Bad Dad is there making eggs and bacon for everyone and this movie is so awful.
THIS MOVIE IS SO AWFUL.
Back to the trail, and this time Cheese is attributing a Flannery O'Connor quote to herself, something about new shoes and I don't even care at this point.
FLASHBACK AGAIN, I CAN HARDLY BELIEVE IT, and Cheese is scattering her mother's ashes, and then stuffs some large chunks of her mom's bones into her mouth and I loudly exhale, "OOOOOOOOOOOOOAAAAAAAUUUUUUUUUUUUUUUUGGGGGGGGHHHHHHHHHHHH," as Cheese munches on her mom's bones.  THIS IS SO MUCH WORSE THAN THE BOOK.
Oh, god, heroin flashback time.
FUCK THIS MOVIE RIGHT IN THE FACE.  You know what?  I *love* bad movies.  Like, movies that are so bad that they're fucking wonderful.  If I had to review the movie "The Day After Tomorrow," I would be so excited to do so that I would call in sick to work just so I could do it because that movie is so magnificently horrible that it's unbelievably entertaining and I would love every minute of tearing it apart.  THIS MOVIE IS A STEAMING PILE OF CRAP CAIRN.  I hate this movie so much.  GODDAMNIT, SO MUCH.
Oh, fuck me, heroin time.
Cheese is with Joe and they're doing heroin and blah blah blah and then he finally injects heroin into Cheese's ankle as Cheese's voiceover says, "we were never gonna shoot it," and then suddenly Cheese is sitting on the street while some dude (Joe?) is dancing badly in front of her to the song "More more more (how do you like it)" and Cheese is all cracked out and out of it and fucking please.  I was rolling my eyes too violently to catch how suddenly some dude was putting a knife to her throat and stealing all of her bits of money, but I caught up just in time for Cheese to give him the finger as he walked away (Yeah! That'll learn 'im!) and BLAM back on the trail and she gives the finger to... I don't even know.
Flashback time again because of course, and Paul shows up to rescue Cheese from her big heroin disaster.  Since everything was so fucking stupid, let's just refer to my notes for what happened next:


And that's that.  TRAIL TIME AGAIN!

Cheese is drinking water and she doesn't have much left (let's remember how the dude at the store warned her about water in the next stretch), but she drinks even more and then I STAB MYSELF IN THE FACE REPEATEDLY because she takes the remaining water in her bottle AND POURS IT ALL OVER HER HEAD AND OMFG OMFG OMFG OMFG ARE YOU FUCKING KIDDING ME, HOW STUPID CAN SOMEONE BE, OH MY GOD, DON'T MAKE ME DO IT, OH GOD, IT'S GONNA HAPPEN--

Too late.  That happened.
HOW FUCKING STUPID CAN YOU BE, I CAN'T EVEN BEGI--
Oh, fuck it.
Cheese reaches the next potential water source and of course it's empty.  Cheese flips through her guidebook and then she is suddenly lying in her tent and I don't know how any of this made any sense to anyone who saw the movie but neglected to read the book.  Fuck me, I READ THE BOOK AND GOD HELP ME, I HAVE IT MEMORIZED AT THIS POINT, and the movie still confuses me to no end.  I can't even imagine how confused non-readers must have felt.
Oh, jesus, I guess it's morning-time and Cheese is frantically licking the condensation off of her tent and pffffffffffft, nice touch, Hornsby.
I guess it's Day 58 now and Cheese rubs some random shrubbery into her hands and inhales like an insane person and whatever, who cares, this adds nothing to anything.
OMG, SO THIRSTY, and suddenly a mucky puddle appears, so Cheese gets out her water purifier and pumps a bunch of sludge.  She pops in her iodine pills and the voiceover lets us know that it will take 30 minutes for the water to be safe and goddamnit, here come the rapey hunters.
I just literally smacked myself super hard in the face with both hands.  I regret doing this.  My face hurts as much as my brain does now.
Hunters are thirsty and Cheese tells them that she can give them water as long as it's filtered first and I can't even bother with how stupid this scene is, but she offers to pump them some water as long as they have something she can pump it into.  In the book, Rapey Hunters had Pepsi cans, but I guess Hornsby didn't feel as threatened by Pepsi-drinkers as Cheese did, so they have *beer* cans in the movie because that makes it rapey-er.  Also, Redhead Tall (who is not a redhead, nor is he noticeably tall in the movie) ALSO *SMOKES CIGARETTES* AND HOLY SHIT, YOU KNOW HE'S EVIL NOW.  Non-Redhead-Tall says, "How can we kill the time?" and Sandy says, "I can think of some ways," and I wonder what a doctor would say about me rolling my eyes so violently like this.  I don't feel like it's healthy.  Sandy says, "She's got a real nice figure, doesn't she?" and all I can think is CANKLES CANKLES CANKLES, YOU FUCKING WISH IT WERE REESE OUT THERE and I will see all of you in hell, if it exists.  I'll be the one trapped in a cage with Cheryl Strayed and a bunch of spiders.
Goddamnit, Rapey McRapersons finally pack up and leave when Cheese starts packing up and whew, that was close.  Cheese goes back and starts settling in for the night and then BLAM Sandy returns to say things like, "You tricked us," and "I like your pants," and "they look good on you," and "they show off your hips and legs," and "tight little ass," and are you fucking kidding me, no one talks like this, especially about Cheryl "Cankles" Strayed and fuck this stupid bullshit.
Non-Redhead-Tall shouts out from the woods and Little-Guy Sandy finally leaves, but Cheese goes Full Cheese and *runs* through the wilderness with her 80-pound pack and, pfffffffft, I'm done for today.