The Stupid Fucking Movie Review, Because Apparently You Guys Want Me to Kill Myself: Part Two


This movie is so fucking stupid.


Cheese survives through the night without getting eaten by all the scary animals that aren't around and it's the morning of Day Two.

She reads the instructions for her stove again and finally realizes that she has the wrong kind of fuel.  In the book, she actually uses the fuel, breaks the stove and then reads the instructions, but I guess Nick Hornby, the doofus responsible for the screenplay, thought that was too stupid and wanted Cheese to seem slightly more intelligent.  Slightly.  Anyway, Cheese throws a tantrum upon realizing that her stove isn't going to work and kicks the fuel can into the desert because she is nine years old and also enjoys littering.

We're then subjected to a montage of Cheese miserably eating cold mush again and again while also having to suffer through the voiceover:


Ugh.  There's actually a shot of the crap cairn when she says "cold mush shit" because I guess people who <3 Cheryl think that's funny.  I should again mention my suspicion that Robin Desser was somehow involved in the movie because Cheese's right hand repeatedly goes from being all scraped up to not scraped up to scraped up and then not again in every other goddamned shot.  DID SHE SCRAPE HER HAND OR NOT, IDIOTS?  Nice editing, everybody.  Good job.

Suddenly it's "Day Five, Mile 30" and pfffffffft, no it isn't because according to her own mileage tracking in the stupid book, she won't reach Mile 30 until Day Six.  Since none of this is true in the first place, I guess it doesn't matter.

Cheese is walking through the desert and having a pity party for herself.  Walking is hard!  I miss toilets!  I like food and people!  Hiking is dumb!

That's all we get from Day Five because BLAM it's suddenly Day Eight and she's still in the desert.  This confuses me because in the book, she was already supposedly on top of a mountain by Day Two-- "I knew it was the top because there was snow"-- and what the hell.  Anyway, she's sitting in the desert and she runs out of food.  She leaves the trail and goes singing through the desert while hearing her mom talk to her because she's a psychopath until she finally sees a tractor like a quarter mile away, and since she doesn't understand how tractors work, she starts shouting, "HEY, HEY" at it even though it's super loud and jesus, this is all so stupid.

The man on the tractor finally sees her and he's all grumpy and stuff.  Cheese wants a ride to a restaurant and Grumpy is all fuck-you-nothing-is-open-at-this-time-of-night and Cheese makes her best pouty face.  She asks if he'll just drop her off at a restaurant so she can camp in front of it until morning and I guess this melts Grumpy's heart because he's suddenly all, "You must be starving," and tells her to go wait in his truck while he finishes up doing god knows what on his tractor in the middle of the desert at night.

Cheese pokes around his truck and finds a gun and OMG SCARY!  Grumpy, whose name is Frank, finally gets into the truck and tells her that she can come back to his place for a hot dinner and a shower.  He whips a flask out of nowhere, offers it to Cheese and says, "Ladies first," and goddamnit, WHO ACCEPTS A DRINK FROM A STRANGE MAN WHO KEEPS A GUN IN HIS TRUCK but whatever, go ahead, I'm sure you'll be fine.  Cheese takes a dainty little sip and Frank gulps down about a pint of the hard alcohol that he describes as "cheap, but good."  Things start getting rapey when Frank asks, "What kind of woman are you," then compares her to Tarzan's Jane and finally proclaims, "I'm gonna call you Jane!"  There's nothing weird about that because whenever I meet new people, I just disregard their real names and assign them new names that are more to my liking. 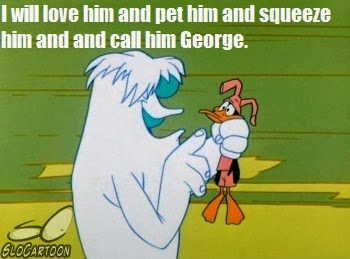 Cheese is getting super uncomfortable and lies her face off, telling Frank that she's hiking with her husband and that he's totally around somewhere and blah blah blah, lies and lies and more lies.  Apparently Frank has a different conversation playing in his head because instead of responding to what she's saying, he leans back and says, "I got a little something else I like to do after a hard day's work," and SPOILER it's not raping and murdering stupid hikers.  He whips out some licorice because that's what big, strong men like to reward themselves with and then he makes Cheese promise not to tell his wife about the licorice because "she doesn't like it when I eat candy" (but drinking and driving is apparently totally cool with her).  JUST DON'T MENTION THE CANDY.  This scene was so poorly written.  You suck, Nick Hornsby.

They get to Frank's place and his old, overweight wife is putting dinner on the table.  Before Cheese sits down, Frank's wife (who doesn't get to have a name in the movie) puts some newspapers down on Cheese's chair because apparently she can smell Cheese's stank from the doorway.  Anyway, Cheese sits down and OMG, FOOD.  She starts shoveling things onto her plate and eats like a goddamned caveman NOM NOM BLARGH NOM NOM NOM and jesus, try not to accidentally eat one of your own fingers, dumbass.  Frank goes Full Sexist and makes comments like, "It's one thing for a man to take a hike like that, but..." blah blah blah and says something about how a man shouldn't "allow his wife" to do such a thing and pfffffffffft.  Then there's an OMG SO FUNNY conversation about how Frank's old, fat wife is gonna go hiking with Cheese and hahahaha, that's so ridiculous, look at how old and fat she is!  Hahaha!  Women can't do anything!

Cheese takes a shower and flashback time!  Cheese and Paul are getting matching horse tattoos.  The tattooist, played by Everclear's own Art Alexakis, asks what the horse is all about and Paul says, "We both just really dig horses," and then gives Cheese a look (instead of explaining how Cheese tortured a horse to death).  They tell Art that the tattoo is to celebrate their divorce because that's what couples do when they get divorced and Cheese decides to loudly word-vomit, "I cheated on him!" and boundaries, Cheese, boundaries.  Thanks for making it weird.  Since that in and of itself apparently wasn't enough to make everyone uncomfortable, she goes even further: "I cheated on him a lot of times."  Gaaaaaaaahhhhhhhhhhhh.

Smash cut to the next flashback: DIVORCE TIME!  The two of them are sitting in front of what looks like the Planned Parenthood version of a lawyer and Cheese is explaining how to pronounce her new last name to Divorce Lady:  "Like a stray dog.  It just sounded right."  Divorce Lady doesn't say anything but clearly thinks it's a stupid name and I'm right there with you, Divorce Lady.

Smash cut again to Paul putting the divorce papers in the mail because Cheese can't bring herself to do it.  They kiss and hug goodbye and who fucking cares.

GODDAMNIT, THIS MOVIE IS SO BORING.

The stupid flashback ends and now it's Day Nine, June 21, 1995, as if that's a super important detail or something.  Frank takes Cheese to get the appropriate fuel for her stove and then they have a dumb conversation in the truck about how Frank thinks Cheese should quit her hike because he's a big expert on quitting things.  Who even cares.

Cheese is finally back on the trail and she signs another trail register, this time attributing song lyrics from Joni Mitchell's "California" to herself: "'Will you take me as I am?  Will you?'-- Joni Mitchell and Cheryl Strayed."  GFY.

She camps for the night and OMG THE STOVE WORKS, YOU SHOULD DEFINITELY LAUGH HYSTERICALLY LIKE AN ASSHOLE AND THEN HOWL WITH ALL THE ANIMALS.  Fuck this movie.

Day Ten and Cheese tells us that she's hiking "five to seven miles a day" and I'm so confused because in her totally true book, she claims that she was hiking nine miles a day at this point.  I remember this because I wrote, "You fail at life" in the margin next to this claim (page 70).  Anyway, like it matters and HOLY FUCK, RATTLESNAKE!  It must have been some kind of ninja rattlesnake because it was completely silent until Cheese "almost steps on it" and I'm so glad this made it into the movie because now everyone knows how rattlesnakes work.

She camps for the night and almost starts having a flashback except OMFG THERE'S A RATTLESNAKE IN HER SLEEPING BAG except no, it's a tiny, fuzzy caterpillar and as soon as Cheese shakes the terrifying fuzzy caterpillar out of her bag, she inexplicably Takes Back The Night with her rape whistle because I guess the caterpillar flashed its penis at her in a threatening manner or something and blowing the shit out of a whistle is going to make everything better.  I don't fucking know.  Nothing in this movie makes sense.

Once the caterpillar crawls away, Cheese is free to go back to having another stupid flashback.  Heroin time!  Cheese is totes hardcore into heroin and okay, whatever.  She and her friend Aimee are at a restaurant and she says a bunch of stupid shit like, "I'm not a junkie, I'm in control," and, "I'm the girl who says yes instead of no."  Blargh.

Back to the trail!  I love all these clumsy transitions between the trail and her stupid past!  It's so enjoyable and not disconcerting in any way!  Anyway, she's walking and NAKED MAN.  Oh, christ.

Naked Man is all, "Hi, Cheese!" and she just stares at his junk because of course she does.  He finally gets dressed, introduces himself-- Greg-- and then they compare mileage.  Greg is hiking an average of twenty-two miles a day and Cheese lies, saying that she's hiking "eleven or twelve."  Greg explains how snow works and claims that the Sierra just had the "biggest snowfall in a decade," and no, in 1995, it had not, but fuck facts!  Greg asks if she's going to bypass the Sierra and Cheese says something that made me snort audibly in the theater: "Sure, I'll bypass anything."  That's probably the only true line in this whole movie.

They make plans to meet at Kennedy Meadows and Greg hikes on, leaving Cheese alone so she can have another goddamned flashback.  She's back at the restaurant with Aimee and tells Aimee that she's pregnant.  She's pretty sure she knows who the father is and Aimee is disgusted.  They leave and I guess like five feet of snow had fallen in the time they had been in the restaurant because they go to REI to get a "pregnancy test AND a shovel" (<----- no shit, Aimee actually says this) and who fucking knew that REI carried pregnancy tests?  I sure didn't know this, and REI is unaware of it, too. 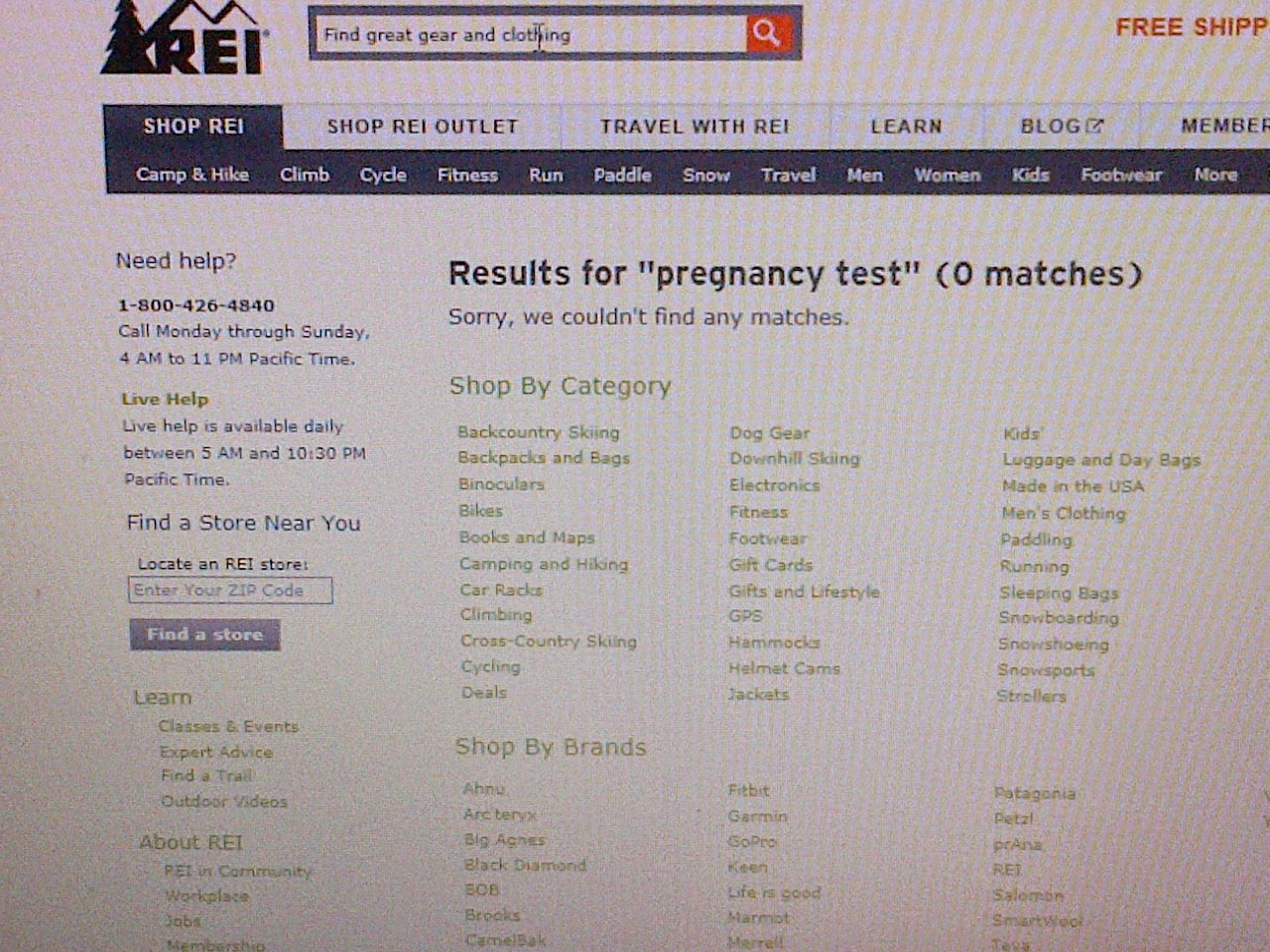 She takes the pregnancy test right there in the REI bathroom and oh, darn.  Time to make tuna flakes!  Cheese shovels snow like a lunatic while Aimee watches.  "There's no plan to make.  I'm not gonna have this baby," Cheese says and yeah, we know.  She talks about how awesome she used to be because I'm sure that's accurate and then says that she's going to "walk myself back to the woman my mother thought I was" and that doesn't make any sense.

That's the second twenty minutes.  Yeah.  I don't know if I have the stomach for this.﻿
﻿
Posted by Califohioan at 12:38 PM