Part Thirty of a review of "Wild: From Lost to Found on the Pacific Crest Trail," Chapter Fifteen, Part One: The Quaint Swiss Custom I've Never Heard Of


We're now in Part Five of the book, entitled "Box of Rain," which is a title she stole from a Grateful Dead song.  Chapter Fifteen is also called "Box of Rain" because Cheryl is really good at repeating herself.

We start out with Cheryl just miles away from the Oregon border and as she's hiking, her very special I'll-never-ever-take-this-off POW bracelet gets caught on a branch, goes flying off into the wilderness and I can't believe I forgot to tell you-- she also lost her sacred Bob Marley t-shirt back in Chapter 13 after leaving it on a bush to dry and promptly forgetting about it-- so this is now at least the third instance of Cheryl littering in the wilderness: her boots, her t-shirt and now her bracelet and jesus christ, we should be able to validate her story just by following the trail of Cheryl debris she sprinkled all over the PCT.  Anyway, she loses the bracelet and because nothing can ever just be what it is, Cheryl has to be all Cheryl about it:

"It seemed absurd that I'd lose the bracelet at this very moment, a clear omen of trouble ahead."

Or maybe it means you're a careless shithead who enjoys littering in the wilderness.
Why does everything have to have some secret, special meaning.  Honestly.  She blames it on the universe because if we've learned anything so far, it's that nothing is ever Cheryl's fault.
She finally crosses into Oregon and signs the trail register:  "I made it!"  She passes more cows and does what she always does in such instances.


She camps for the night and starts reading J. M. Coetzee's Waiting for the Barbarians and where the fuck did that book come from, but she can't concentrate because all she can think about is arriving in Ashland.

"In Ashland there would be food, music, and wine, and people who knew nothing of the PCT."


First, I'm pretty sure people in Ashland are familiar with the PCT since, you know, IT'S ON THE PCT, and second, why should it be so exciting to be around people who supposedly won't know anything about the PCT?  Is it so Cheryl can lie her ass off about her fake hike and no one will be the wiser? 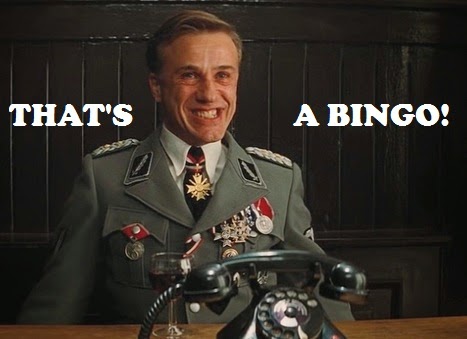 She's super stoked about the package waiting for her in Ashland because this was originally supposed to be her final stop on the trail, so instead of food and supplies, this package contains $250 in traveler's checks, her favorite jeans, a slim-fitting black T-shirt,﻿ a brand new black lace bra and matching panties and oh, god, just brace yourselves.  This is going to be a long, traumatizing chapter.
Cheryl strolls into Ashland the next day and finds out that Jerry Garcia has died.  Even though Cheryl isn't really a Grateful Dead fan, she makes a big to-do about it because of course she does.  She tries to explain how Kurt Cobain's death was a super big tragedy just so she can make it about herself--

"Kurt Cobain's death the year before had felt closer to me-- his sad and violent end a cautionary tale not only of my generation's excesses, but of my own as well."


--and GFY, Cobain's death had nothing to do with you, you stupid whore.  She continues,

"And yet Garcia's death felt bigger, as if it was the end of not just a moment, but an era that had lasted all of my life."

"He kissed me hard and I kissed him back harder, like it was the end of an era that had lasted all of my life."


Sound familiar?  Or maybe even identical?  SHE'S SUCH AN AWESOME WRITER.]


Anyway, she gets to the post office and oh my god, her package is not there.  The woman at the post office doesn't care about this at all and has no time to deal with Cheryl's meltdown, so Cheryl "staggers outside, half blind with panic and rage" and tries to call the friend who was supposed to mail the package but the friend doesn't answer.

She decides to waste some time by checking out the co-op and once inside, she goes Full Cheryl in describing the air-conditioning, the pickles, the baguettes, the orange juice, the produce and every other little goddamned thing and why is it Cheryl has no problem describing civilization but can barely describe the trail?  Why do you think that is?  It's a real mystery.  Huh.

Cheryl, who by her own admission is "dirty and smelly" at this point, decides to help herself to all the samples in the health and beauty section of the co-op, rubbing all kinds of fragranced lotions on herself as if that's going to solve the problem and then tries some lipstick on.  The sales lady comes over and instead of telling Cheryl to stop fouling up all the samples and ejecting her stank ass out of her store, she supposedly says,

"'That shade is nice on you.  It totally brings out the blue of your eyes.'"


and bullshit, that didn't happen, but of course it did because Cheryl is so beautiful.  She finally makes her way over to "the lemonade section" of the store and oh, darn, no Snapple.  She spends the last of her money on a non-Snapple lemonade and goes outside to drink it and pout about all the food she can't afford.  That's when Susanna from Switzerland shows up and I lose my mind.

Cheryl explains that she's hiking the PCT and Susanna takes her hand, saying,

"'We call what you're doing the pilgrim way.  If you'd like, I would rub your feet.'"


and WHAT THE FUCK DID THAT LADY JUST SAY.  Now, knowing what we know about Cheryl's insane way of dealing with dialogue when it comes to people with whom she is unfamiliar, I guess we should be proud of her for not making Susanna talk like, 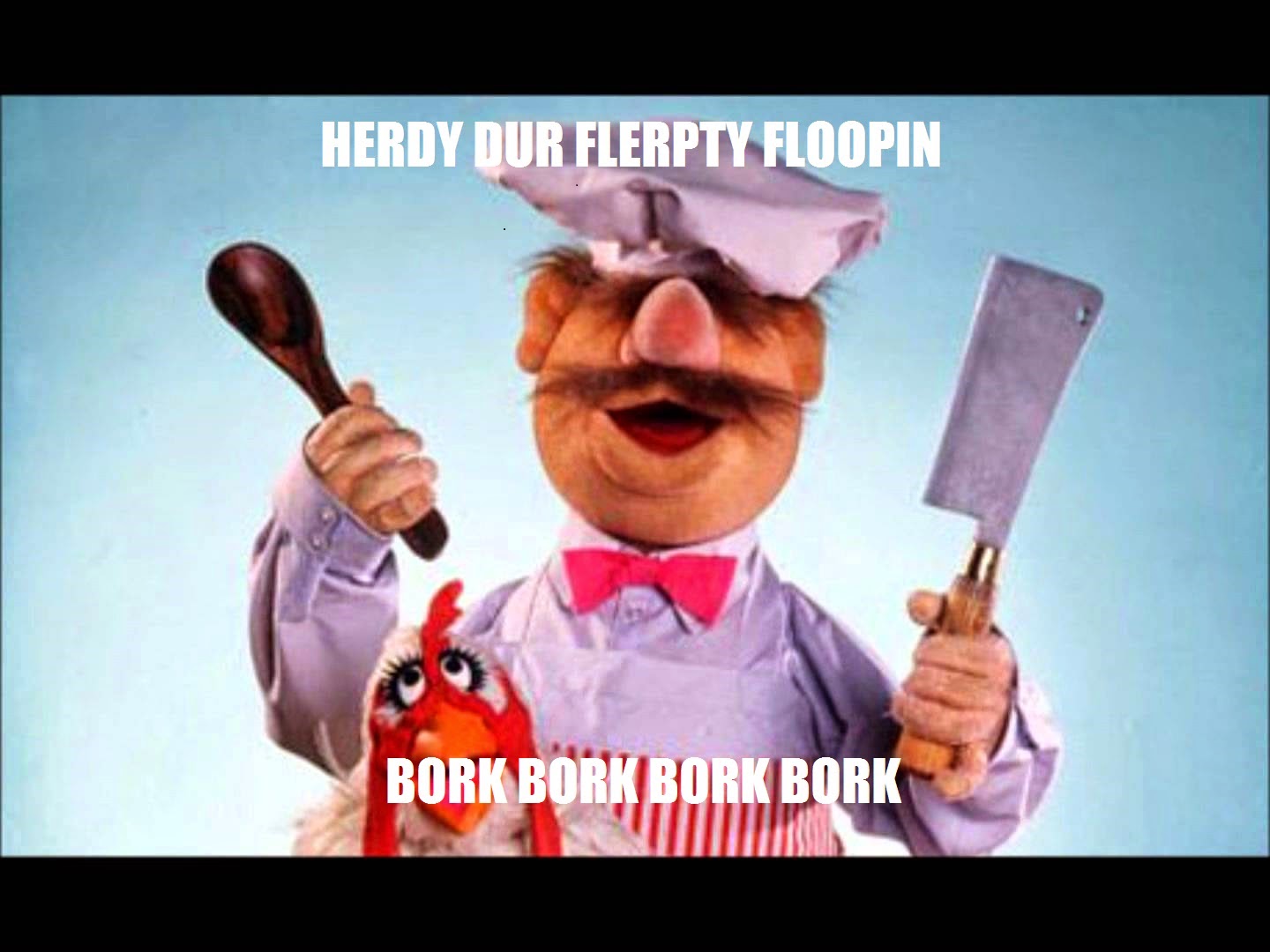 (I know Sweden and Switzerland are different, but this is Cheryl we're talking about.)
but still, what the fuck did this lady just say.  She said she wants to rub Cheryl's feet.  Seriously.


Ummmmmmmmmmmmmmmmmmm, how's that?  I know I have a few readers in Switzerland-- would one of you be so kind as to tell us all if this is something you regularly do in your country?  Do you just rub the feet of random whores?  Is this really "the Swiss way?"  Thank you in advance.

Susanna from Switzerland runs into the co-op, apparently squeezes a gallon of foot lotion out of one of the samples and returns to rub Cheryl's feet and say crazy things.

"'Your feet, they are very strong,' said Susanna.  'Like those of an animal.  I can feel their strength in my palms.  And also how they are battered.  I see you miss the toenails.'"


Oh, god.  As if this isn't bad enough, Susanna continues.

"'The spirits told me to do this... When I saw you, the spirits whispered that I had something to give you...'"


And what the fuck ever.  This never happened, the end.  That's all I can deal with today.﻿
Posted by Califohioan at 7:31 PM