Part Thirty-Four of a review of "Wild: From Lost to Found on the Pacific Crest Trail," Chapter Sixteen: Cheryl Eats Her Mom


Chapter Sixteen starts off with Cheryl copying-and-pasting a bunch of information about Crater Lake and I'm not going to entertain this because-- again-- if you want to know about something, do your own research.  Don't listen to stupid fucking Cheryl Strayed.

She starts hiking away from Ashland and, with Crater Lake in mind, says,

"I knew a little something about lakes, having come from Minnesota,"


and goddamnit, you could be from fucking anywhere and still know a little something about lakes.  She's so special.  She tries to imagine what Crater Lake will be like and fails:

"It would be like Lake Superior, I supposed, the lake near which my mother had died, going off blue forever into the horizon."

Lakes are made of water!
I know a little something about lakes: the area of Crater Lake is 21 square miles, while the area of Lake Superior is 31,700 square miles.  In Cheryl's stupid brain, this is essentially the same thing because she is an idiot and this is when I want to punch myself in the face until I fall blessedly into a coma.
Cheryl had picked up a copy of The Pacific Crest Trail, Volume 2: Oregon and Washington back in Ashland and let's see what kind of overwrought bullshit she has to say about it:

She treats her new bible the way she treated her last one: she "paged through the book before falling asleep, reading bits here and there," because Cheryl doesn't understand how bibles work.  She's pretty much saying that she read just enough of it to come up with some semi-believable lies about how she's going to pretend-hike the Oregon passage of the trail and let's get this bullshit started.

She finally starts hiking again and plagiarizes more of her guidebook in order to pretend as if she's capable of identifying different kinds of trees and is also constantly aware of the elevation of everything.  She mentions how it's getting cooler with every passing day and I wonder if she understands how the seasons work.  She claims to run into some "day hikers and overnight backpackers," but doesn't say anything about them other than that they exist and isn't that convenient.

She spends a cold night in her tent, "chilled to the bone, too cold even to read," and oh my goodness, too cold even to read?  Boo-hoo.  All of her water freezes because no it doesn't and then, oh Christ, it's time to spend seven goddamned pages talking about her dead mom because the In-N-Out Secret Menu name of this book is "Mom: From Mom to Mom on my Mom."

Anyway, it's her mom's stupid birthday and it's the year she would have turned fifty, so of course Cheryl is going to have the meltdown to end all meltdowns and it starts off like this:

"I couldn't believe how furious I was at my mother for not being alive on her fiftieth birthday.  I had the palpable urge to punch her in the mouth."

The fuck?
Well, that sounds normal.  She then tells us about what she did on every past dead-mom birthday as if this has anything to do with hiking the PCT and I wonder once again why I ever bought this book in the first place.  She stomps through the wilderness while making a mental list of everything her mother ever did wrong.  Yes.  Cheryl is about to hard-core judge her dead mother and it's going to be everything you'd expect from an asshat like Cheryl.  She lists her complaints in numerical order:

1.  Her mom smoked pot "on an occasional but regular basis," which doesn't make sense.  She either did it regularly or occasionally.  There's a difference.  She may as well have said her mom "usually always" smoked pot.  Same thing.  Anyway, STFU, Cheryl.  You're supposed to be a big heroin addict.  What did pot ever do to anyone?

2.  Her mom told them (Cheryl, Karen and Leif) that they were old enough to be left at home alone when they were younger because she couldn't afford a babysitter.  What a bitch, clearly.

3.  Her mom threatened to spank them with a spoon and omfg, she actually followed through a few times.  Oh no, discipline!  Asshole!

4.  She told her children it was cool if they wanted to call her by her first name instead of calling her Mom.  THE HORROR.

5.  She could be "cool and distant with her friends," and I don't believe this for a second for two reasons:  first, her mom sounds like a friendly, happy person and second, Cheryl takes a whole goddamned paragraph trying to convince us that her mom was actually a cool, distant person and this is the reason why "no one had swooped in when she died...why her friends had left me in peace in my inevitable exile."  Cheryl can't come to terms with the thought that maybe no one swooped in because she is a self-absorbed, sociopathic asshole and no one wanted anything to do with her.

6.  Further proving my assumption from the reason above, Cheryl's sixth complaint was that her mother was "optimistic to an annoying degree."  OH NO, OPTIMISM, WE CAN'T HAVE THAT! WHAT A STUPID BITCH, HOW DARE SHE BE OPTIMISTIC!

7.  This is my favorite one.  Cheryl's mom never suggested that Cheryl should attend Harvard or Yale.  Even though Cheryl admits that they never would have let her in because she wasn't "up to their standards," she was "smashed" (*eye-roll*) that her mom never suggested that she apply to two Ivy League schools that never would have even considered her in the first place.  WORST.  MOM.  EVER.


She makes a big production about how her mom had "failed her," and then,


"Fuck her, I thought, so mad that I stopped walking."

TAKE THAT, DEAD PERSON!
She spends an entire paragraph continuing to bitch about stupid shit until she goes into victim mode like she always does and says things like, "I was motherless," and "I was trapped by her but utterly alone," and blah blah blah.
She says "fuck her" again and starts "marching" super fast, her "pace quickened" by her rage, but then she stops and touches a flower and suddenly everything is fine and she loves her mom again because that's how flowers work.
We then have to suffer through a flashback of her dying mother and her dying wishes, during which Cheryl acts like an asshole-- "I wanted to throttle her"-- because how dare a dying person have anything to say, until it's finally decided that her mother would like to be cremated.
She talks about bringing her mother's ashes home and storing them until what would have been her mother's next birthday, on which day she and her siblings would spread them on a patch of their land.  Since nothing can happen without Cheryl making it about herself, she decides to palm "a few of the largest chunks" of her mother's bones and then, I shit you not,

"I put her burnt bones into my mouth and swallowed them whole."

Have fun shitting those out, idiot.
I can't.  I don't even.  For real, I just... I got nothing.  I'm just sitting here like a person who has been tied down and forced to witness 120,479 non-stop hours of insanity and all I can do is shrug and be like, "Yep, that was probably crazy, but whatevs, everybody.  Whatevs."  I've lost my capacity to be shocked.  I'm pretty sure I'm not even a real person anymore.
The stupid flashback is over and we're back on the PCT just in time for Cheryl to camp for the night.  She loves her mom again and I don't even care, and she sits in her tent while reading The Best American Essays 1991 and just shut the fuck up already with the books you're pretending to read.  She ends the whole disaster of a paragraph with a disaster of a non-sentence:

"How it was she belonged to me profoundly, and also how she didn't." 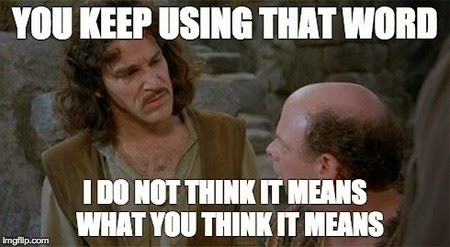 Stop saying "profound."
She continues with yet another dead-mom flashback and I don't even care at this point.
The flashback ends as clumsily as it began and we're back on the PCT.  Cheryl hears coyotes and says, "it didn't scare me," and pffffffft, this is a woman who was afraid of a fox, so... whatever.  She realizes that her hike will be over in a month and,

"Most likely I'd be in Portland, if for no other reason than that I was flat broke.  I still had a small bit of money left over from Ashland, but nothing that wouldn't be gone by the time I reached the Bridge of the Gods."

I'm pretty sure Suze Orman would murder you with her bare hands at this point.
MONEY DOES NOT COME IN INCREMENTS OF BITS, PLEASE STOP.  Also-- and I hate to skip ahead, but at this point, no, I don't-- four pages from now, she will say that she has only TEN DOLLARS LEFT.  Ten fucking dollars.  Out of the $250 she had.  WHAT THE FUCK IS WRONG WITH YOU.
Who even cares, and she arrives at Crater Lake.  Get a load of this crap:

"'Because the lake is so pure and deep, it absorbs every color of visible light except blue, so it reflects pure blue back to us,' said a stranger who stood beside me, answering the question I'd nearly uttered out loud in my amazement."


And who the fuck is this "stranger."  My guess is that *this stranger* is a passage from her guidebook that she plagiarized because everything she says is a lie.  She then ACTUALLY WRITES THIS: "I took a few photographs of buildings that had been built to accommodate tourists," and please forgive me for my caps-attack-- WHERE THE FUCK ARE THESE PICTURES, AND WHY, OUT OF ALL THE BEAUTIFUL SCENERY, DID YOU DECIDE TO TAKE PHOTOS OF FUCKING BUILDINGS, AND FUCK YOU, FUCK YOU, FUCK YOU.

Readers.  I want you to know-- I've been sitting here, rocking back and forth, shaking my head in an insane way and muttering non-words under my breath while trying to grasp the bullshit that's about to happen--

"...if I'd continued with the pregnancy...I'd be giving birth to a baby right about now.  The week of my mother's birthday would've been my due date."


And pardon me all over the place, but this asshole had an abortion and mentioned it offhandedly in the same sentence as making dehydrated tuna flakes-- THE SAME SENTENCE--  so I feel the opposite of pity for her right now, and antonyms of pity do not cut it.  I am disgusted by her mention of this because she brings it up to make us feel sorry for her.  FUCK YOU FOR EVER LIVING, CHERYL.  FUCK YOU.  YOUR LIES WILL BECOME PUBLIC ONE DAY AND I HOPE YOU LOSE EVERYTHING, YOU LYING SOCIOPATH.

Fuck the rest of this chapter.  She goes to a cafeteria at Crater Lake-- oh, look, Cheryl is somewhere easily accessible by car-- and ends the chapter with a bunch of bullshit about herself and isn't that shocking.

THREE CHAPTERS LEFT AND I CAN FINALLY GET BACK TO MY LIFE.

Posted by Califohioan at 3:35 PM