Part Twenty-Four of a review of "Wild: From Lost to Found on the Pacific Crest Trail," The Rest of Chapter Eleven: Are You Fucking Kidding Me

Part Twenty-Four:  The Rest of Chapter Eleven: Are You Fucking Kidding Me


We still had three pages to go in Chapter Eleven when I decided I couldn't go on, so let's get this over with.

Cheryl somehow manages not to unhinge her vagina and swallow Spider whole right there in the backseat and finally gets out of the car.  Immediately upon doing so, she finds Stacy, Trina and Odin because isn't that convenient.  They all hitch a ride together to Old Station since that's what hikers do, and while they're hanging out in the café, Cheryl tells us all about the section of the trail she's supposedly about to hike.

"It was a slice of the Modoc Plateau called Hat Creek Rim-- desolate and famous for its lack of shade and water, a legendary stretch on the trail of legends."


"The Pacific Crest Trail, Volume I: California informed me that although there was no reliable water source from Old Station to Rock Springs Creek thirty miles away, when the book went to print in 1989, the Forest Service was about to install a water tank near the ruins of an old fire lookout tower, fifteen miles in.  The book cautioned that this information should be verified and that even if it was installed, such tanks can't always be relied upon because of vandalism in the form of bullet holes."


Well, that certainly sounds like some valuable information that should be taken into very serious consideration, as hiking without enough water in a stretch of the trail "desolate and famous for its lack of shade and water" could be an incredibly real life-or-death situation.  What do you think Cheryl did?  GO AHEAD, YOU'LL NEVER GUESS.

"I sucked on the ice in my tumbler of soda one cube at a time, pondering this information.  I'd ditched my dromedary bag back in Kennedy Meadows, since most sections of the trail north of there had adequate water." [emphasis mine] 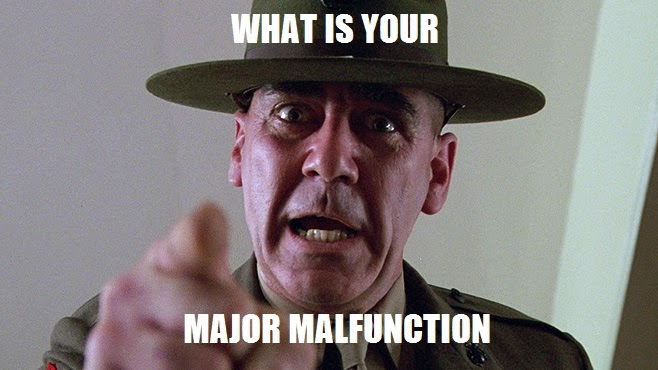 WHAT.
THE.
FUCK.
﻿
Remember back in Chapter Four when Cheryl said this about The Pacific Crest Trail, Volume I: California:

=It was that thing I never read.

WAY TO PAY ABSOLUTELY NO ATTENTION TO YOUR BIBLE AND LIFELINE, YOU STUPID, FUCKING DUMBASS.

So, yeah.  That happened.  Cheryl ditched her dromedary bag back in Kennedy Meadows because she didn't think she'd need it anymore, sort of like when she ditched her ice ax because surely there wouldn't be more snow and this hiking thing is a snap!

Perfect casting.
﻿
Don't worry, Cheryl has a plan to "buy a large jug of water and strap it to Monster," but she's super bummed about this because she wanted to spend her "last bits of money on food at the café" instead of some kinda super important water-- and what is it with Cheryl and her insane need to have everything in increments of "bits?"  She buys heroin in bits, she spends her money in bits... WTF?  Oh, fuck it, whatever, like anyone can explain what goes on inside that woman's head.
Anyway.   She almost falls "out of [her] chair with joy and relief" when Trina tells her that apparently southbound hikers had written in the trail register that the tank mentioned in the guidebook was there and had water in it.
They camp for the night and-- shocking-- Cheryl says that while Stacy and Trina will be hiking out the next day, she's going to just hang out for a day because she wants to hike alone.  Of course.
She wakes up the next morning and everyone is gone.  She goes Full Cheryl again while talking about the copy of Michener's The Novel and blah, blah blah, this happens:

"Of all the things I'd done in my life, of all the versions of myself I'd live out, there was one that had never changed: I was a writer."

Anyone capable of writing a sentence is "a writer," congratulations.  You're a terrible writer.
Cheryl then mentally reprimands herself for not having already written a novel and decides right then and there to fix that.

"I had nothing but a long hot day ahead of me anyway, so I sat at my picnic table and wrote until late afternoon."

NOW she starts writing.
She sees a chipmunk chewing a hole in her tent and somehow doesn't shout, "CHIPMUNK!" and then she goes back to the café to blow the rest of her money on a burger, "not caring that I'd be spending almost all of my money."  Yeah!  Fuck water!  You eat that burger!
She says this:

"My next resupply box was at the state park in Burney Falls, forty-two miles away,"


and fuck me, it's fact-checking time again.

The last time she was (supposedly) hiking was 20 pages ago when she descended into Belden Town.  At that point, she said that her next resupply box was "134 miles away."  Since she has not hiked a single step since Belden Town, she admittedly just skipped 92 FUCKING MILES OF THE TRAIL, and I'm sure she's going to claim to have hiked every single one of those miles in her final mileage tally because she is a lying sack of vaginal discharge.  Yeah, I just said that.

She leaves the café with "nothing more than some change" in her pocket, passes a pay phone, returns to it and makes a collect call to her ex-husband.  For reasons I can't understand, he accepts the charges and then they supposedly talk for "close to an hour," and how fucking stupid is this man.

"When I hung up, I looked down at my food bag on the ground.  It was almost empty, robin's-egg blue and tubular, made of a treated material that felt like rubber.  I lifted it up, pressed it against my body, and closed my eyes."

This woman will make out with anything.
She walks back to camp and was "too staggered with emotion to read," and staggered?  Really?
She decides to smoke the cigarette from the hobo-care-package from Jimmy Carter and no she doesn't because people who don't smoke... don't smoke.  This happens:

"Maybe that was okay."

And that's how Chapter Eleven ends.
Posted by Califohioan at 2:43 PM