Part Twelve of a review of "Wild: From Lost to Found on the Pacific Crest Trail," Chapter Six, Part Two: More Exaggerations and Unnecessary Words


We left off with Cheryl "Pants-On-Fire" Strayed yellow blazing the shit out of the trail between Ridgecrest and Walker Pass, and now she's back on the trail, complaining about all her aches and pains and I do not feel sorry for her in the least.

She comes upon a rockslide in the middle of trail and of course she can't just say that.

"There was a great river of angular fist-sized metamorphic rocks-- in place of the once-flat two-foot-wide trail that any human could walk through.  And I wasn't even a normal human.  I was a human with a god-awful load on my back and without even a trekking pole to balance myself."

YOU ARE SUCH A SPECIAL HUMAN.
Then, for maybe the first time, she says something with which I wholeheartedly agree:

"Why I had neglected to bring a trekking pole, while not failing to bring a foldable saw, I did not know."

Yes, Cheryl, you're supposed to be a hiker, not a lumberjack.  Why DID you bring a saw?
She's "hunching in a remotely upright position" again (blargh) and attempting to cross the rockslide.  She falls once-- "landing hard on [her] knee"-- but manages to cross the rockslide despite the fact that her knee "was pulsing in pain and bleeding" with what I'm sure was "copious" blood again.  She's all proud of herself for making her way across the rockslide and assumes this will be the only rockslide on the entire trail she will have to cross, only to discover three more rockslides just that afternoon alone. The wilderness is hard!

She sets up camp for the night and scolds herself for only hiking 8.5 miles that day and what the fuck, I mean, really, how on earth does she come up with such exact mileage when she doesn't know shit about anything.

She once again uses Wikipedia or (likely) just plagiarizes stuff she found from her guidebook to dryly describe all sorts of facts about the PCT and once she's done with that, she's back to writing the sort of overwrought bullshit you'd expect from either a teenager or Cheryl Strayed.

Fuck an eye roll, I just rolled my entire head.
It's morning now, she's walking again, it's super hot and you're not going to believe it, she is not prepared for this.  Also, because everything is about her, this sentence happens:

"The sun still stared ruthlessly down on me, not caring one iota whether I lived or died."

"I was a pebble.  I was a leaf.  I was the jagged branch of a tree.  I was nothing to them and they were everything to me."

I am the vomit I just threw up all over myself.
She once again lies straight to our faces by stating, "Despite the things I'd endured so far on the trail, I'd never once considered quitting," even though she clearly considered quitting back in Chapter Five when she had to deal that that fallen tree in the middle of the trail and wanted to go back to her motel.  The blaring sun is no fallen tree, though, and she totes for realsies wants to quit this time.

"I was going to get to Kennedy Meadows, retrieve my resupply box, eat every candy bar I'd packed into it, and then hitch a ride to whatever town the driver who picked me up was going to."

If only.
I admit that I've been skipping over much of Cheryl's dramatic bullshit, and I'm realizing that maybe I shouldn't have been doing that because if you're only reading this review-- and not the actual book-- you won't realize how stupid and adolescent all of her bullshit is, nor will you know exactly how much time she devotes to writing about all of this nonsense.  I thought I was doing you a favor, but by doing so, I may have been unintentionally preventing your disgust with her from forming.  Let me give you an example now:

"Why, oh why, had my good mother died and how is it I could live and flourish without her?  How could my family, once so close and strong, have fallen apart so swiftly and soundly in the wake of her death?  What had I done when I'd squandered marriage with Paul-- the solid, sweet husband who'd loved me so steadfastly?  Why had I gotten myself in a sad tangle with heroin and Joe and sex with men I hardly knew?"

This is what I've been trying to spare you.  My mistake.
Keep in mind that, with the exception of her mother's death, all of this is her own goddamned fault and I'm still not going to go easy on her even though she, at this point on the trail, may be in genuine physical danger due to her lack of knowledge and lack of preparedness and is starting to lose her shit a little bit, spending hours singing the jingles for Doublemint Gum and Burger King.  Even though she's a stupid asshole, there's something decidedly off about that.  That is to say, Cheryl very well may be going into the preliminary stages of heat stroke because she isn't smart enough to figure out that when your body lets you know that it can't take the heat, you need to either find shade and rest or provide your own shade and rest.  As any hiker could tell you, with the infinite amount of crap Cheryl has crammed into her pack, she has the means to provide her own shade and does not realize this.  Contrary to what you likely believe about me (based on what I've been writing), I'm actually a decent human being most of the time and not only do I feel bad for her at this point, I have to admit that I would have helped her immediately if I had found her on the trail in this state.  Even an idiot is a living thing, and... sigh.
Luckily for all of us, Cheryl is a super special human being and not only does she manage to survive, she quickly regains her ability to poorly use a thesaurus.

"My feet on fire, my flesh rubbed raw, my muscles and joints aching, the finger that had been denuded of its skin when the bull charged me throbbing with a mild infection..."

"Denuded?"  Oh, did you mean YOU SCRAPED YOUR FINGER?
She finds a creek and camps next to it.  She's okay, thank goodness.
She wakes the next morning and lounges around in the creek for god knows how long. "It was only nine in the morning, but it was hot already..."  And here's where I go back to not feeling bad for her because IF YOU KNOW IT'S GOING TO BE UNBEARABLY HOT IN THE DAYTIME, WHY ARE YOU NOT GETTING UP BEFORE DAWN LIKE A NORMAL PERSON.  As she's soaking in the creek, she decides to give up on the hike entirely because it's too hard.
She packs up, gets ready to head to the nearest road and suddenly... 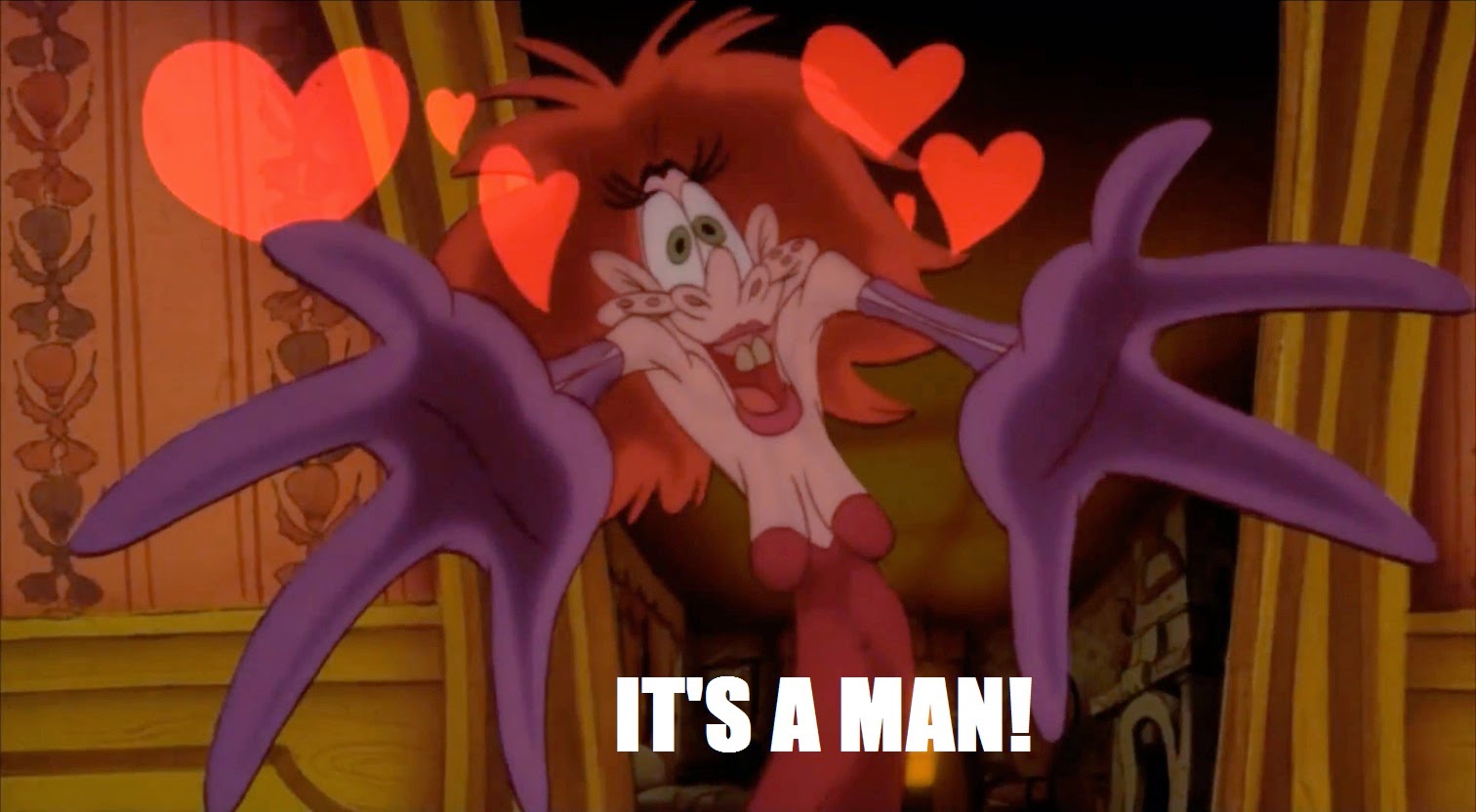 I need some mental recovery time before I get into this big bag of bullshit.﻿  I'll continue in the next part.
Posted by Califohioan at 12:27 PM