Part Thirteen of a review of "Wild: From Lost to Found on the Pacific Crest Trail," Chapter Six, Part Three: A Man, a Bear, a Snake and All the Accompanying Bullshit.

Part Thirteen: Chapter Six, Part Three:  A Man, a Bear, a Snake and All the Accompanying Bullshit.


Big Quitter Cheryl is seconds away from leaving the trail forever to go move to Alaska (I'm not kidding, that was her actual plan) because it's so hot on the trail and immediately moving to Alaska is clearly the most logical thing to do--


"Alaska, I decided instantly.  Because in Alaska there was most definitely ice."

But there's also a lot of that "snow" you don't seem to completely understand.

-- but then, suddenly, amazingly, a man's voice calls out to her.

Greg, an actual hiker who spent actual time actually preparing for a hike on the PCT, happens upon Cheryl and doesn't realize that she's a wildly unprepared, lying sack of crap, and therefore befriends her.  She apparently forgot that she had written her name in a Trail Register and is just shocked that this man knows her name, but quickly points out that she would soon become a super-duper expert on this matter of identifying people by using the Trail Register because of course.

Greg immediately expresses disbelief at the heaviness of her pack because this is what all the men do, and I think Cheryl really enjoys repeatedly pointing this out because she thinks it makes her seem hard-core and tough, when really all it does is constantly remind us of what an incredible dumbass she is.

Greg started hiking the trail from the actual start of the trail at the Mexican border back in early May, and while we don't know exactly when in June Cheryl started her half-assed attempt, we do know that Greg, who assumedly has not been yellow-blazing the shit out of everything, has managed to catch up with her despite hiking an extra 200-some miles by starting at the beginning of the trail.

Cheryl is just so impressed because Greg is a real hiker and he knows all sorts of hiking-related things off the top of his head.


"He'd been planning his hike for years, gathering information by corresponding with others who'd hiked the PCT in summers before, and attending what he referred to as 'long-trail' hiking conferences.  He rattled off distances and elevations and talked in great detail about the pros and cons of internal versus external pack frames."

Oh, look.  Someone who belongs on the trail.

Greg then starts asking her questions about a bunch of stuff Cheryl knows exactly fuck-all about, and then asks about what kind of daily mileage she's been making, so obviously, Cheryl lies because that's what Cheryl does.

Shocked.  I'm just shocked.
Greg, oblivious to her lies, tries to reassure her that this is normal and that she'd eventually start making better mileage because he's a good guy who is unaware of her pathological need to lie and exaggerate.
They talk shop for a little while (or at least he does while Cheryl just plays along), until, as he's discussing the upcoming mountains, he says,

"'But then of course we might not even make it up into those areas.'"

"'We might not make it?' I said, blushing with the irrational thought that he'd somehow divined my plan to quit."

If only there were some way Greg could know that Cheryl doesn't understand what snow is.
Greg explains how snow works and how a lot of hikers had given up trying to hike the PCT this year because the mountains were socked in, and I can only imagine what Cheryl thought "socked in" meant.  She takes all of this in and comes to the only predictable conclusion: she could quit and not be held accountable.

"'Wow,' I said, feeling a mix of both﻿ terror and relief-- now I'd have both an excuse and the language for quitting.  I wanted to hike the PCT, but I couldn't!  It was socked in!"

How did I know that she wasn't familiar with the term "socked in."  Incredible.
Greg doesn't have time to lounge around the way Cheryl does, so he throws his pack back on and Cheryl tries to do the same, at which point he once again points out how big and heavy her pack is, and then, wait for it... she's HUNCHING IN A REMOTELY UPRIGHT POSITION again and then Greg supposedly says,

"'You're the only solo woman I've met so far out here and the only one I've seen on the register too.  It's kind of neat."

Of course he said that.  Also, note to editor: there's this thing called a comma.  Look that up.
Cheryl walks with Greg for a whole fifteen minutes before deciding to fuck that, and before he leaves her in his dust, he tells her how tough she is, tells her he'll meet her in Kennedy Meadows and then goes on his way.
And here we go.

"I hiked in the heat of the day with a new determination.  Inspired by Greg's faith in me, I didn't give quitting another thought.  As I hiked, I pondered the ice ax that would be in my resupply box.  The ice ax that allegedly belonged to me.  It was black and silver and dangerous-looking, an approximately two-foot-long metal dagger with a shorter, sharper dagger that ran crosswise at the end.  I bought it, brought it home, and placed it in the box labeled Kennedy Meadows, assuming that by the time I actually reached Kennedy Meadows I would know how to use it-- having by then been inexplicably transformed into an expert mountaineer."

What the--?  YOU CAN'T JUST WISH FOR KNOWLEDGE AND EXPECT IT TO ARRIVE IN YOUR BRAIN WITH NO EFFORT WHATSOEVER PUT FORTH ON YOUR PART. 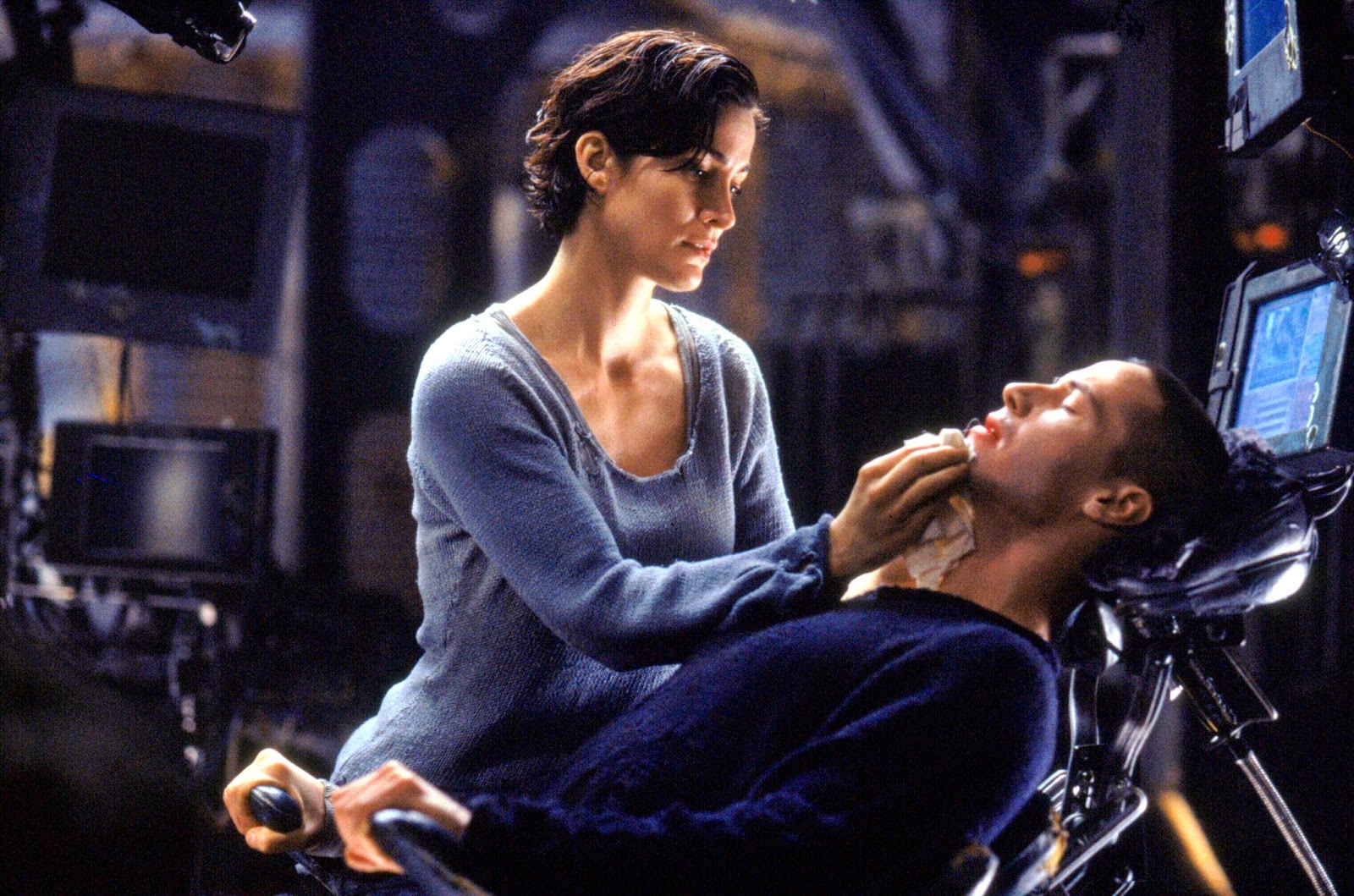 She immediately admits that she "now" knew better, and that the trail had "humbled" her.

"I flipped through the pages of my guidebook to see if it said anything about how to use an ice ax.  It did not.  But of hiking over snow-covered ground it said that both crampons and an ice ax were necessary, as well as a firm grasp of how to use a compass, 'an informed respect for avalanches,' and 'a lot of mountaineering sense.'"

Guess who doesn't have crampons, doesn't know how to use an ice ax nor a compass, doesn't understand how snow works and has no mountaineering sense.  One guess.  Go ahead, guess.

"I slammed the book shut and hiked on..."

Stupid book!  I'll show you!
I'm going to go throw up on something while you read Cheryl's pep-talk to herself:

"Who is tougher than me?"

Everybody.
Cheryl suddenly notices flowers, and GUESS WHO THIS REMINDS HER OF. 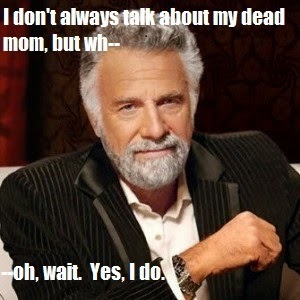 "Once I even paused to look around for her before I could go on."

Just shut up.
And suddenly it's time for another episode of Identifying Animals With Cheryl, god help us.﻿
Based on all of Cheryl's past encounters with animals-- "hello lizard;" "cow, cow, cow;" "MOOSE"-- you'll never believe her reaction when she sees a bear.


Don't worry, the bear immediately goes away, probably fearing the prospect of getting oral herpes from eating her, but Cheryl has half a page's worth of a meltdown trying to figure out just exactly what the hell that animal was because she had seen black bears back in Minnesota and oh my fucking god, this bear had not been black so what the fuck was it.

"I'd seen lots of black bears before; the woods of northern Minnesota were thick with them... But those black bears were different from the one I'd just seen.  They were black.  Black as tar.  Black as planting soil you bought in big bags from the garden store.  This bear hadn't been like any of them.  Its coat was cinnamon brown, almost blond in places.

"I began to walk tentatively, attempting to make myself believe that surely the bear was not a grizzly or a brown bear-- the black bear's more predatory ursine cousins.  Of course it was not.  I knew it could not be.  Those bears didn't live in California any longer; they'd all been killed off years ago.  And yet why was the bear I'd seen so very, very, indisputably...not black?"

BECAUSE THERE ARE DIFFERENT KINDS, ASSHOLE.
Cheryl somehow survives the bear not attacking her, starts singing Twinkle, twinkle, little star once again and then she "almost stepped on a rattlesnake," except she didn't almost do this because the snake was "coiled up a few feet away" from her and unless she was making a running leap directly toward the snake, she didn't almost step on it.  I have encountered countless rattlesnakes in my years of hiking and you never just accidentally step on a rattlesnake because you either hear or see them well before they are right underneath your foot.  Cheryl is just being Cheryl again and trying to make things seem more dramatic than they are.  The only shocking thing about this encounter is that she did not yell, "SNAKE!"
Blah, blah, blah, she's hiking and she's back to comparing her backpack to a Volkswagen Beetle again, and just when you think you can't take this comparison one more goddamned time, you get your wish (but you will soon beg to take your wish back) because she comes up with something new.  She names her pack "Monster" and she will beat this name into the ground so hard throughout the rest of the book that it will eventually emerge out of the ground on the other side of the planet and fly off into space.  Just resign yourself to the fact that Cheryl now has a hiking companion named "Monster."
She has another "constant companion" named "agony" and she has to remind us yet again of all of her aches and pains once she reaches her camp site for the night.  She lies down on a log and is almost immediately swarmed by ants because she doesn't understand how... I give up.  I'm getting so tired of saying this.
She climbs into her tent, starts reading her stupid Faulkner book and falls asleep.