Part Ten of a review of "Wild: From Lost to Found on the Pacific Crest Trail," The Rest of Chapter Five: Identifying Animals


It's the morning of Day Four on the trail and Cheryl needs to tend to her self-inflicted wounds (I say "self-inflicted" because the only reason her body is a mess is due to her own lack of preparation and profound ignorance about anything hiking-related).  She talks about the amazing employees at REI once again and it makes me wonder if REI is somehow getting royalty kickbacks from this piece of shit book.  She decribes how she has to apply 2nd Skin patches all over herself:

"I plastered them in all the places my skin was bleeding or blistered or red with rash-- on the tips of my toes and the backs of my heels, over my hip bones and across the front of my shoulders and lower back."

She's basically just one giant open wound at this point, or so we're led to believe, and this is somehow fitting.  Maybe she should have changed her last name to "Open-Wound;" it's appropriate on so many levels, but mostly because if you play around with different wording for "open wound" long enough, you will end with "Cunt."  (I do not use this term lightly, and...yeah.  I approve.)

I will admit this: I have just spent the past minute or so with my eyelids clenched shut and my hands spread wide next to my head in a private display of extraordinary exasperation (which has been happening with increasing frequency lately) because I'm trying to come to terms with the fact that Cheryl thought *two pair of socks* were more than enough for a supposed 1100-mile hike, and even though she just spent an ENTIRE DAY relaxing next to a WATER SOURCE, it never crossed her mind to WASH HER FUCKING SOCKS.

"When I was done [slapping 2nd Skin all over her body], I shook my socks out, trying to soften them before I put them on.  I had two pair, but each had become stiff with dirt and dried sweat.  It seemed they were made out of cardboard rather than cloth, though I switched them out every few hours, wearing one pair while the other air-dried, dangling from the bungee cords on my pack."

THAT'S NOT HOW IT WORKS.
I just-- I can't.  WHY DID YOU NOT WASH THEM WHEN YOU HAD THE CHANCE,YOU STUPID, STUPID ASSHOLE.  Also, TWO FUCKING PAIR?  THAT'S ALL YOU THOUGHT YOU'D NEED?
Ugh.  So she sets out walking, "fully loaded down with 24.5 pounds of water again," and then mentally goes off to Cheryl Land as she's walking, not really paying attention to the trail itself, and go figure, she:

"skidded on pebbles [PEBBLES!] and fell, landing on the hard trail facedown with a force that took my breath away.  I lay unmoving for a good minute, from both the searing pain in my leg and the colossal weight on my back, which pinned me to the ground.  When I crawled out from beneath my pack [what?] and assessed the damage, I saw a gash in my shin was seeping with copious blood, a knot the size of a fist already forming beneath the gash."


Take a few seconds now to roll up your pant leg, place your fist on top of your shin and decide for yourself if Cheryl might just be exaggerating at this point.  Go ahead, I'll wait.

In the very first instance of her *actually learning from a mistake,* she proceeds to actually pay attention to the trail itself after this to avoid losing her footing again.  While doing so, she spots some animal tracks and again, she immediately concludes that these tracks are from a mountain lion, even though she has no experience in identifying animal tracks.  To make her story seem more dramatic, she recalls a newspaper article she'd "recently come across" about how three women in California had (separately) been killed by mountain lions and OMG, I hope she survives.  To ensure her safety, she starts singing "Twinkle, Twinkle, Little Star" and "Take Me Home Country Roads" to scare off any potential mountain lions because sure.

She then encounters a fallen tree in the middle of her path and oh my god, I can't believe it, why aren't there people clearing this sort of thing for her out in the middle of the wilderness.  She considers going back to her motel at this point-- something is hard!!!-- but manages to persevere, only to encounter three more "blown-down trees" that day.  She's bleeding again, and then, inexplicably, she ends Day Four without another word.

Suddenly, it's Day Five and as she's making her way through the trail, an animal approaches her.

"'MOOSE!' I hollered, though I knew it wasn't a moose.  In the panic of the moment, my mind couldn't wrap itself around what I was seeing and a moose was the closest thing to it.  'MOOSE!' I hollered more desperately as it neared."

"As I did this, the species of the beast came to me and I understood that I was about to be mauled by a Texas longhorn bull."

Except, no, because these are the mountains in California.

"'Mooooose!' I shouted louder as I grabbed for the yellow cord tied to the frame of my pack that held the world's loudest whistle [I can't believe I didn't tell you about this, my bad].  I found it, brought it to my lips, closed my eyes, and blew with all my might, until I had to stop to get a breath of air." 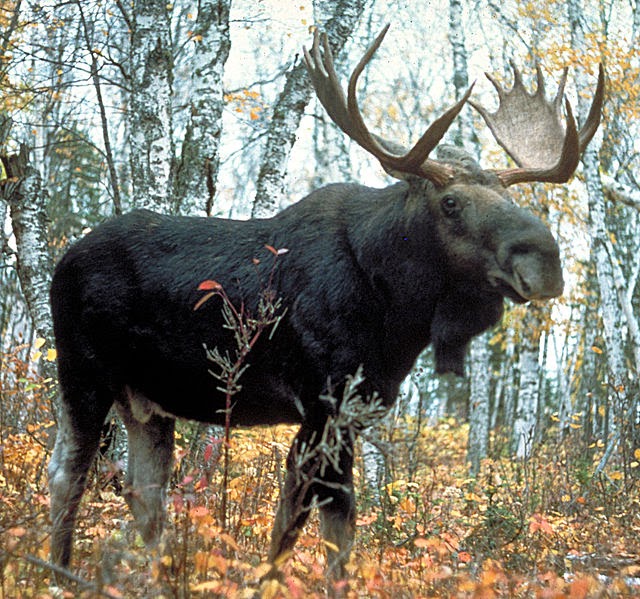 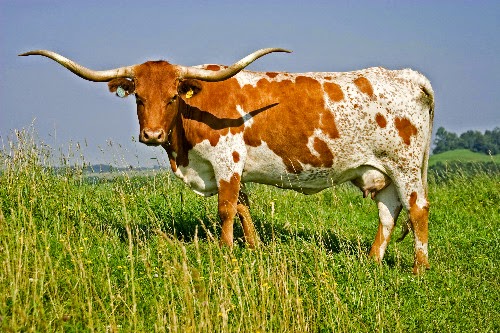 This is a Texas Longhorn. 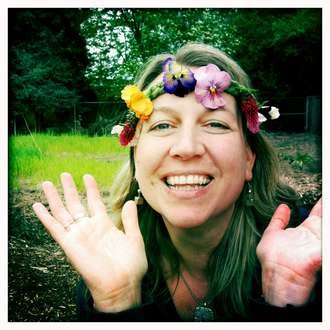 And this is a Jackass.
﻿

"When I opened my eyes, the bull was gone."

If only the bull were gone.
After this encounter with what was probably just a large squirrel, she then uses the word "profound" again while describing a big mess of bullshit because of course she does and then makes a big production about how she wanted to give up and turn back.

"Bull is fucking right." -- Jaime
Now that that's over with, this:

You fail at life.

"Every part of my body hurt.  Except my heart."

Barf.
Suddenly, without a fucking word, she says,

"On the morning of the eighth day..."


What the fuck.  If I remember correctly-- and I do, because I have the stupid book right in front of me-- we were on day five.  Now it's day eight.  Hey, what?

I guess we should just be grateful to have been spared two days of bullshit, but still.  So it's Day Eight now and because she didn't bother to learn how to operate her fucking stove before she started hiking, she realizes that she's running out of food, never mind that she admittedly didn't have a resupply box waiting for her for 135 MILES INTO THE TRAIL, soooo........ wtf.  Here comes some hitchhiking.  Get used to this.

She wanders off the trail and immediately stumbles upon a road because of course she did.

"The road was blissfully level or gently descending, a welcome break from the relentless up and down of the trail, but still I suffered."

So do we.
She supposedly spends four hours walking down this road (=1/4 of a mile), tries to use her compass and fails, but keeps walking.  She sees some cows.

"They only stopped eating to lift their heads and watch me pass while I delicately chanted to them, 'Cow, cow, cow.'"

*Eyes clenched shut, shaking my head*
Blah, blah, blah, she almost cries but doesn't, and then *bam* human beings.
They were sitting in the cab of a yellow pickup truck.

Who cares?  Why does this matter?  Are you about to tell a joke?
She makes up names for all of them, and then the black guy helps her with her pack:

"'I was in Korea,' he said, hoisting it onto the truck's metal bed with considerable effort. 'And we ain't never carried a pack that heavy.  Or maybe once I carried one that heavy, but that was when I was being punished."

Everyone is so impressed with you.
Then--

"Quickly, without my being much involved, it was decided I'd go home with Frank [the white guy], where his wife would feed me dinner and I could bathe and sleep in a bed."


Even though she has already explained what she was doing out here to these men, she apparently has to do so again-- repeatedly.

"'Now, explain all this to me again?' Frank asked a few times, and each time all three of them listened with confused and rapt attention."


Blah, blah, everyone is super impressed because of course they are and then the black guy and the Latino guy leave.  As white-guy-Frank goes to do something, Cheryl sits in his truck and invites herself to explore the glove compartment.  She finds a flask of whiskey and drinks some because she's Cheryl Strayed and the world is her oyster.  As she's waiting for Frank to return, she rummages under the seat and finds a gun.  Sure, she does.

Frank finally returns to his truck and starts asking questions:

"'What kind of woman are you?' Frank asked when he was done with work and he'd climbed into the truck beside me.

"'What kind?' I asked.  Our eyes locked and something in his unveiled itself, and I looked away.


Ugh.  Cheryl then goes onto explain Frank's physical appearance and mentally weighs out his fuckability while still remaining on high alert.

Frank then offers her some of the whiskey she's already helped herself to, after which Cheryl lies through her teeth about how her husband will be meeting her on the trail because he started hiking north of her and how they'd be meeting up soon, never mind that she left this detail our while "repeatedly" explaining her situation to the three men just prior to this exchange.  Frank thinks this is ludicrous, but lets it go.  Then, this:

"Frank leaned back against his seat and adjusted his big metal belt buckle.  'There's something else I like to reward myself with after a hard day's work,' he said."


Cheryl immediately assumes that Frank is going to rape her and when he reaches under the seat to grab something, she just about shits her pants.  He then pulls out a bag of licorice.


And thank god, this ends Chapter Five.
Posted by Califohioan at 11:04 AM